Dublin woman to be new chief executive at Trócaire 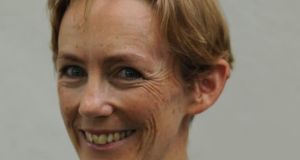 Caoimhe de Barra said she was hugely honoured to be given the opportunity to lead Trócaire.

A 48-year-old Dubliner, she takes up the role in October on the retirement of outgoing chief executive Éamonn Meehan.

Ms de Barra worked for Trócaire previously between 1997 and 2015.

She said she was hugely honoured to be given the opportunity to lead Trócaire. “Having worked for the organisation for 18 years I am passionate about its mission and values,” she said.

Trócaire, she noted, “carries out vital work in over 20 countries around the world. This work is driven by an ethos of social justice. Trócaire is deeply embedded in Irish culture and is an organisation people in Ireland are rightly proud of.”

Her first role with Trócaire was as campaigns officer in 1997, later becoming policy and advocacy coordinator. She moved to Mozambique in 2007 as assistant regional manager for Southern Africa.

In 2011 she became director of Trócaire’s international division, managing development and humanitarian operations in over 20 countries. From May 2015 until last month she was country director for Concern Worldwide in Malawi where she managed one of the largest ever humanitarian responses to a food crisis in that country.

A fluent Irish speaker with a Masters in Development Studies from UCD, Ms de Barra lives in Dublin with her husband, Carl, and their two sons, Fionán and Ferdia.