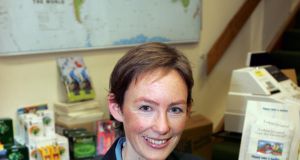 Trócaire experienced “a slight dip in funding” in the year to February 2020, according to its annual report published today (tues). The Catholic Bishops’ development agency, it helped 2.5 million people in 27 of the world’s poorest countries in its last financial year, which concluded just prior to the global outbreak of Covid-19.

It raised “approximately €64m from the Irish public and our institutional funding partners”, representing “a slight dip in funding from both sources” the report said.

Donations from the Irish people in 2019/20 amounted to €23million with the Irish Government its single largest donor, contributing 34 per cent of total Trócaire income.

This mirrored allocations between development and humanitarian aid in 2018/19.

Both Trócaire’s major public appeals in 2019 did “very well” with €8.3 million raised in the Lenten Appeal, a 10 per cent increa se onfunds raised in the 2018 Lenten campaign. Its 2019 Christmas appeal raised €2.3 million, a slight drop on the 2018 Christmas figure.

Expressing gratitude to all who had donated to and helped Trócaire with its work, chief executive Caoimhe de Barra said “the Covid crisis has profoundly changed Trócaire’s work.”

She continued that “people living in poverty have been unable to take preventative measures such as hand washing, social distancing and remote working. They lack the most basic of services and depend heavily on income from daily labour”, she said.

Trócaire’s programmes and the contexts in which they operated had “shifted dramatically in response to the new reality. This crisis has had a devastating effect on families already living in poverty and facing food insecurity. We are committed to supporting our partners and the communities they serve as they deal with these long-term impacts,” she said.

1 More than 30 people queue overnight to secure property in Carlow
2 Coronavirus: 430 new cases confirmed in State
3 Traffic volumes show Donegal locking down to greater extent than Dublin
4 Man with electric scooter who died in Meath was due to get married in the coming weeks
5 Covid test in use at Rome, Frankfurt, Dusseldorf airports being piloted in Roscommon
Real news has value SUBSCRIBE

Hospitality industry suffers another blow as New Year’s Eve festival is cancelled 17:23
More than 30 people queue overnight to secure property in Carlow 17:00
Gardaí appeal for information on rape of teenager in Co Mayo playground 16:56
Covid test in use at Rome, Frankfurt, Dusseldorf airports being piloted in Roscommon 15:34
Traffic volumes show Donegal locking down to greater extent than Dublin 15:17