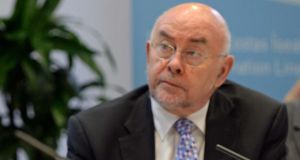 Minister for Education Ruairí Quinn has promised “a fair and reasonable outcome” for those involved in school child abuse cases.

At the weekly cabinet meeting this morning the Minister today gave his colleagues a preliminary update on the implications of last week’s judgement from the European Court of Human Rights in the case of Louise O’Keeffe.

He said in a statement later that with, the assistance of Attorney General Maire Whelan, he was seeking further legal advice on the full implications of the judgement including for outstanding school child abuse cases, the system of child protection in schools and the general administration of the school system.

Mr Quinn said that he had every sympathy with those involved in school child abuse cases and that his intention is to seek a fair and reasonable outcome to those cases that come within the parameters of the ECHR judgement as soon as possible.

The State Claims Agency has informed the Department of Education that there are 44 current day school abuse claims on hands.

The Minister has asked his Department, with the Attorney General’s Office and the State Claims Agency to review these cases and any other relevant cases with this in mind.

Mr Quinn said he would report back to Government on this in the near future and he noted that none of the child protection architecture that is now in place was in place in 1973, when Louise O’Keeffe suffered horrendous sexual abuse.

He also noted that since 1973 when Louise O’Keeffe suffered horrendous sexual abuse, a comprehensive set of child protection measures has been put in place. A number of important steps had been taken in the intervening period to strengthen systems, including in particular, the Child Care Act 1991.

“With the launch of the Child and Family Agency last week and the implementation of the Children First Guidelines, we have very significantly improved our system of child protection,” he said.

“In the area of schools, Garda vetting has been a requirement for new teaching and non-teaching staff since September 2006 and the Department of Education and Skills has been working closely with the Department of Justice and Equality and the Office of the Attorney General on the implementation of the National Vetting Bureau Act in the education sector.”

The Minister also announced that along with Minister for Children and Youth Affairs Frances Fitzgerald he had initiated a review of current and planned child protection systems, both generally and in schools, to ensure that they meet best practice standards.

“While the horrific abuse that Louise O’Keeffe endured dates back to the early 1970s, this Government is committed to ensuring the protection of children is paramount. Our schools should be places of safety for our children. As a society we are all more aware of the incidence of, and risks to, children from child abuse,” he added.

“The Stay Safe programme operating in all our primary schools seeks to give our children themselves the skills necessary to recognise and resist abuse and potentially abusive situations. We cannot afford to be complacent and must continually seek to ensure a safe environment for our children.”

The Government noted that arrangements are being made to pay the €30,000 damages and €85,000 in respect of the costs and expenses to Ms O’Keeffe and her legal representatives.