Paying for sex now a criminal offence in Northern Ireland 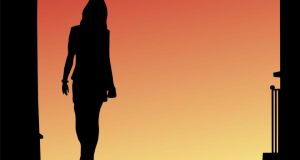 If convicted of paying for sex, a person could be fined, sentenced to a maximum of one year’s imprisonment, or both. Photograph: Getty Images 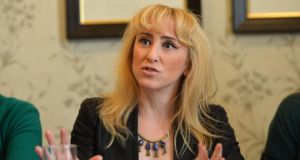 Paying for sex is a criminal offence in Northern Ireland as of today, and the DUP politician behind the new law says the Republic should introduce similar legislation.

The Human Trafficking and Exploitation Act 2015, introduced in the North following Lord Maurice Morrow’s Bill, includes a clause making the purchase of sexual services illegal. If convicted, a person could be fined, sentenced to a maximum of one year’s imprisonment, or both. It remains an offence to keep or manage a brothel, but the new law removes criminality from soliciting in the street or public place.

PSNI Supt Tim Mairs, head of the criminal justice branch, said measures have been taken to increase officer awareness and deliver training about the new legislation.

“Following consultation with the Public Prosecution Service, police will enforce the new legislation in line with the criminal justice disposal arrangements available,” he said.

It has been suggested that the new legislation will force more prostitution south of the Border and that there is already evidence of this happening, based on the number of women advertising sex services in counties Louth and Monaghan.

The Immigrant Council of Ireland has said there was no doubt men would “make the short journey over the Border in order to escape the law”.

“There may be an element of truth in the thinking that it will drive demand over the Border,” Lord Morrow told The Irish Times. “This is something I flagged up about three years ago. The way to counteract that, I believe, is for the Irish Republic to have a similar law to what we have now here in Northern Ireland and that leaves no place to run in either the Republic of Ireland or Northern Ireland, so Ireland as a whole then becomes a cold house for human trafficking and exploitation.

“I am aware that the Dublin administration are looking at their legislation, and those who I’ve been talking to down there are hopeful that one day they will have similar legislation to us up here in Northern Ireland.”

Dublin-based American sex worker Kate McGrew (36), of the Sex Workers Alliance Ireland (SWAI), which represents men and women across the island, believes the Swedish model of criminalising purchasers will put the lives of sex workers in the North at risk.

“Nobody in the community says they will stop working or going to see sex workers,” she said. “From June 1st, there will just be more pressurised situations and shadier environments, and workers will have less power to negotiate safe sex.

“They will be forced to have more concern for protection of their clients than themselves and that tips the power balance. A consequence will also mean sex workers will have less trust in the police.

“Morrow’s law will put people in danger because it’s not stopping people from purchasing sex, it’s just putting it underground.” Ms McGrew believes situations where more women are competing for fewer clients have dangerous consequences, including charging less, offering services they wouldn’t have previously, and agreeing to unsafe sex.

High-profile SWAI member Laura Lee, a Glasgow-based Irish sex worker, is seeking a judicial review of Northern Ireland’s new law. She will be taking her case to Belfast’s High Court through McLernon Moynagh Solicitors and has said she will pursue the matter all the way to the European courts if necessary.