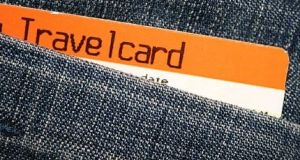 Older people are saying there is no point in having a free travel pass, an organisation representing them has said.

And Irish Rural Link has said the rural transport programme needs to be improved.

The comments come after a study found only one in 10 older people relied on public transport to get around.

The Irish Longitudinal Study on Ageing (Tilda), based at Trinity College, found a third of free travel pass holders in the greater Dublin area used State-run bus and rail services, while the figure falls to 10 per cent in other towns and cities, and to as low as 3 per cent for people in rural areas.

Tilda warned of serious levels of dissatisfaction with public transport, with more than half of the over-50s surveyed rating the options in their area as poor or very poor.

Their biggest complaints were about limited bus routes or threatened closure of existing routes, inconvenient schedules and low frequency of services.

Justin Moran, head of advocacy and communications at Age Action, a charity advocating for older people, has said older people right around the country have huge problems with rural transport, particularly accessing it for medical appointments, shopping or seeing family.

“People would say to us there is no point in having a travel pass, there is nothing around here that I can use the free travel pass on in the first place,” he said.

He said in some places where rural transport is available the service is often run for those going to work, so older people may have long waits for the return bus, or the service only operates once or twice a week.

He said one of the knock-on effects is to put a requirement on older people living in rural communities to keep a car on the road.

“One of the biggest differences between older people in rural and urban communities and their income and poverty levels, is that in rural communities there is a need to keep a car and they have to pay for the car, the petrol and car insurance… if you are living on a State pension of less than €240 a week it is a very, very substantial cost,” Mr Moran said.

He also said there has been a failure in coverage of the Bus Éireann dispute to appreciate “just how bad the transport system is in rural Ireland”.

“If Bus Éireann ends up closing bus routes, which I think is part of what they are looking at, what’s going to be the knock-on effect then for older people who rely on those routes?”

Louise Lennon, spokeswoman for Irish Rural Link, a network representing rural communities, said she knew transport was a serious issue, but did not realise use of the free travel pass was so low in rural areas.

“Older people are more reliant on lifts from friends or families, or some are walking long distances to a bus stop.”

She said rural transport programme funding was increased in 2017, but could be increased further. Awareness of the programme also needed to be promoted.