Oireachtas should amend Bill’s criminalisation of women and doctors

Hospital staff were intimidated by 1861 Act 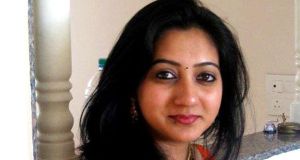 Savita Halappanavar: Hospital staff were influenced by the ‘chill factor’ of the 1861 Act.

On the night before the general scheme of the Protection of Life in Pregnancy Bill was published, two women, whose pregnancies involved a fatal foetal abnormality, appeared on Prime Time on RTÉ to describe their lonely and, at times, harrowing journey to the UK to have an abortion. The distress they experienced at first, with the appalling news of the impending inevitable loss of an expected baby, was cruelly compounded by the bewildering information that followed: they could not have an abortion in Ireland.

The day after they bravely told their story, “head 19” of the Bill said that an abortion in their circumstances, if it were carried out here rather than elsewhere, would be punishable by up to 14 years in prison “due to the gravity of the crime”. It was a shock to many that some anonymous drafter of legislation thought that what these women had to go through was the equivalent of a “grave crime”. I have not met anyone yet who believes that it is.

In 1992, a majority voted that there should be no impediment to travel for an abortion, a decision incompatible with the idea that such travel would constitute a “grave crime”. At the Oireachtas hearings, I put the question of who exactly supported the idea of imprisoning women or children for having an abortion, but not one Senator or TD present volunteered any support for a prison sentence. As someone recently asked: with sentences of 18 months or two years being handed down for raping a child, could a child who is raped and takes abortion pills at home possibly end up spending longer in prison than her abuser?

1861 ‘chill factor’
So this criminalising of women and children is certainly offensive and absurd, but it is also dangerous. Savita Halappanavar’s death last year was due to being repeatedly refused an abortion due to the “chill factor” of the 1861 Act’s threat of a prison sentence. “Legal clarity” was supposed to help remove the chill factor, not reinforce it, as the threat of 14 years in prison will certainly do. Also, in the case of medical abortions, women should obviously be able to properly consult with a doctor before they take medication but they should certainly be able to tell their doctor what medication they have taken in an emergency. There is very real concern that this information will continue to be withheld by women through fear because of the threat of imprisonment.

The only possible justification for criminalisation is that it would in some way reduce abortions. However, the research does not support this. A study published in the Lancet medical journal in 2012 reports that restrictive abortion laws are not associated with lower rates of abortion. The region with the highest rate, 32 abortions per thousand women aged 15-44, is Latin America, where 95 per cent of abortions are illegal. The region with the lowest, 12 abortions per thousand, is western Europe, where abortion is available on broad grounds and almost all are safe and legal.

According to Reuters, a report presented at the world’s largest conference on women’s health called Women Deliver describes how, “In Bolivia, Brazil and Argentina, women who sought or had abortions were handcuffed to hospital beds and placed under police custody as they recovered while doctors and nurses were subjected to police raids and investigations.” Some 47,000 women died from unsafe abortions in 2008, according to the World Health Organisation and five million were disabled. Unsafe abortion, by untrained staff in unsuitable facilities, happens where there is restricted access to legal abortion services and is one of the top three causes of maternal mortality in the world.

One of the reasons Ireland can boast such low levels of maternal mortality is because we have access to safe and legal abortion, mainly in the UK. Restriction of access to abortion in Ireland is on the basis of ability to travel, and that restriction nearly killed the child in the X case and, tragically, did kill Savita Halappanavar.

The legislation going through the Oireachtas can only help to ensure that women who are unable to travel for an abortion do not die. It will be important to amend the legislation to remove unnecessary delays through multiple certification and other institutional restrictions but legislators’ amendments should also include fatal foetal abnormalities and remove prison sentences entirely as this is truly “cruel and unusual punishment”.

Amnesty International’s Colm O’Gorman called for the prison sentence to be revoked and went on to say that, “Until Ireland’s laws allow for abortion in cases of rape and incest, risk to a woman’s health or cases of fatal foetal abnormality, they will be out of line with international human rights standards.”

Punishing women
Law lecturer Ruth Fletcher, in her evidence to the Oireachtas public hearings, supported the inclusion of fatal foetal abnormalities in the Bill by excluding a foetus with this condition from the definition of “unborn” as previously argued by counsel representing Ireland at the European Court of Human Rights in Ireland Vs D. Fletcher argues very convincingly that the State could, “. . . vindicate unborn life by investing in pregnancy-related care and research into miscarriage. In choosing to punish women rather than to adopt more neutral or positive measures for the support of foetal life in pregnancy, the legislature would be acting unfairly. Head 19 is unfair because it asks women, rather than the State, to bear the weight of the public duty to vindicate foetal life.”

Despite this, the Bill published confirms the criminalisation of women and doctors in section 22 and does not include fatal foetal abnormalities. However, there is now an opportunity for the Oireachtas to amend the Bill and show humanity and compassion in providing services for those who choose abortion without resorting to threats of imprisonment. I hope they can find the courage to take it.