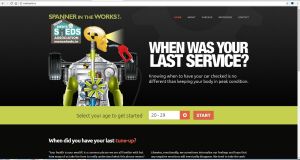 A new website has been launched by the Irish Men’s Sheds Association (IMSA) which supports men’s physical and mental health.

Speaking at the launch in Dublin, TP O’Gorman, a member of the Kilbeggan Shed in Co Westmeath, recalled how he played “a bit of hurling, football, and soccer, but then missed the camaraderie of sport” as he grew older. “I found it in the Shed again.”

It was not just “good for the men but it is to their families’ benefit as well”, he said. “If laughter is the best medicine then we’re on high doses of it.”

RTÉ’s Marty Morrissey, who attended the launch, said he himself was one of those men who was not too careful about his health. Recently he had a persistent cough and went to his GP who said all was fine but did tests. Waiting for the results he consulted “Dr Google” who “frightened the daylights out of me”. But all was fine when the results came back.

“Loneliness is a terrible thing in Ireland, ” he said, “which is why Sheds are so important. A good friend of mine in radio is to retire in October. He doesn’t want to. You need that sense of belonging.”

The launch of the website was “a very important day for us men”, he said.

Minister of State for Disability Finian McGrath described it as “a key milestone in the journey of Men’s Sheds”.

Fergal Fox of the HSE’s Health Promotion and Improvement programme spoke of the event as a very significant day for men’s health in Ireland, “the first country in the world to develop a men’s health policy”.

Edel Byrne, health and wellbeing co-ordinator with the IMSA, said men were generally at greater risk healthwise than women and died on average four and a half years earlier.

IMSA chief executive Barry Sheridan recalled how the Men’s Shed movement began during the 1990s in Australia and arrived in Ireland six to seven years ago where it has grown fast with 400 Sheds on the island and 10,000 men as members.

The movement was about men “taking control of their health and self-esteem” which could mean “letting go of traditional stereotypes of masculinity”. Men’s Sheds had been “at the forefront of a revolution in men’s health in Ireland”, he said.

Research had shown that “91 per cent of men feel that belonging to a Shed has improved their wellbeing. The website will now allow us to spread those health benefits beyond,” he said.