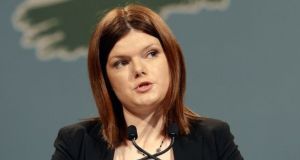 A re-examination is needed of how access to personal information is provided to survivors of mother and baby homes, Minister for Children Roderic O’Gorman has told the Dáil.

Mr O’Gorman said there is “an obligation to survivors and their relatives that goes beyond purely a legal question”.

The Minister was speaking as he opened the debate on controversial legislation to transfer to the child and family agency Tusla a database of 60,000 records created by the Commission of Investigation into Mother and Baby Homes.

The Commission of Investigation (Mother and Baby Homes and certain related Matters) Records, and another Matter, Bill would enable the preservation of the records of the commission.

He said he would have detailed discussions with the Attorney General’s office about access to personal information from the commission’s archive.

And the Minister told the Dáil he would ask the Oireachtas Committee on Children to lead on this re-examination which would allow exploration of the “major principles underlying this debate about access to personal information”.

But Mr O’Gorman insisted it was “absolutely vital for survivors and their families that we enact this legislation to allow for information to be preserved”.

Opposition TDs vehemently opposed the rushing of the legislation through the House and pointed to unprecedented levels of correspondence, many receiving 4,000 emails from survivors appealing for the Bill to be halted or delayed.

Mr O’Gorman said the Bill has to be passed before the commission is dissolved on October 30th when it issues its final report because otherwise the records would be “put beyond reach”.

He insisted that “nothing in this Bill will seal important records” or put invaluable information beyond reach. “It is in fact the very opposite that we are trying to do.”

Sinn Féin leader Mary Lou McDonald said the Minister’s approach was contradictory because he said the Bill will not seal the archive for 30 years but then re-iterated the position of legislation from 2004 and “you stated categorically that the records will remain sealed for a period of 30 years”.

Sinn Féin spokeswoman on children Kathleen Funchion said that after all the investigations and inquiries into State-sanctioned abuse “we are here again witnessing another injustice against these women and their stolen children”.

She said survivors had two key asks, that their records not be sealed and that they not go to Tusla, because of their experience with the agency.

Sinn Féin TD Maurice Quinlivan warned that it looked like the Minister was being “thrown under the bus” and asked was it by his partners in government or the Attorney General.

Labour TD Duncan Smith said there was no proper explanation of why the Bill had to be passed by October 30th when the commission produces it report, or the database would be destroyed.

Mr Smith said the commission appeared to have “self-imposed this deadline” and believed it could not deliver personal data to the Minister. This was despite section 43 of the 2004 Commissions of Investigation Act “explicitly stating that every commission of investigation has to give every document or item of evidence gathered or created by it to the relevant Minister on concluding its work”.

Social Democrats TD Jennifer Whitmore said the Minister is asking the survivors to trust him. “They are being asked to put their trust in a Government, State and institutions of the State that have repeatedly failed them and let them down.”

People Before Profit TD Bríd Smith asked the Minister where in law it says that it must be destroyed at midnight on October 30th.

And she asked what legislation there was that allowed the Civil Service “stand around a brazier and burn these files at midnight on 30th October”.

Independent TD Catherine Connolly said the Minister’s speech and Government’s approach was to “obfuscate”and to protect the system not survivors.

Meanwhile, Sinn Féin TD Rose Conway Walsh became visibly upset as she spoke of survivors of the homes struggling for decades to get information.

The Mayo TD had to pause to compose herself as she spoke of one woman finally meeting her birth mother when she was in hospital.

She quoted: “I walked into the room and kissed her forehead and I told her who I was. And she replied ‘I knew you would find me some day’. My mother passed away less than a month later.”

Ms Conway Walsh told the Minister “we have a chance here to do the right thing. We cannot tell all of these women and all these families that they are wrong” for objecting to the legislation.

She said to Mr O’Gorman: “Please, please I’m begging you. Don’t go ahead with this legislation.” She said the women were not listened to before. If they did not listen to the women “we are telling them that they are wrong and that Government is right”.