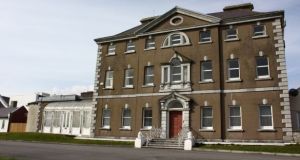 A representative organisation led by survivors of mother and baby homes must be established “urgently” because for “too long” they had been ignored, an online event for survivors heard on Saturday. Photograph: Provision

A representative organisation led by survivors of mother and baby homes must be established “urgently” because for “too long” they had been ignored, an online event for survivors heard on Saturday.

Titled Stop the Seal of Mother and Baby Home Records, the event was initially to take place on Zoom with 100 participants. When over 1,700 people responded to an invitation however it was moved to a live-stream on Facebook.

Speaker after speaker said the Commission of Investigation (Mother and Baby Homes and certain related matters) Records, and another Matter, Bill, which passed through the Dáil and the Seanad this week, was yet another example of the State “re-traumatising” and “not listening” to survivors.

The controversial legislation, which has yet to be signed into law by President Michael D Higgins, transfers a database of 60,000 records created by a five-year investigation into the homes to child and family agency Tusla.

This was gathered by a commission established under the 2004 Commissions of Investigation Act, and that Act stipulates that commission records must be kept under wraps for 30 years.

Opposition TDs and survivors of the homes have expressed outrage and anger at the handling of the legislation which they said should be halted or delayed for further debate amid fears that the records will remain sealed for 30 years.

Mr O’Gorman stressed, however, that the new legislation does not seal records for 30 years. He said there were legal issues to overcome in relation to the 2004 Act but “we need to fix this problem and I am absolutely committed” to doing so as it is no longer “morally feasible” to deny people access to the information.#

Catherine Coffey-O’Brien, who fled Bessborough mother and baby home in Cork in 1989, seven months pregnant, said survivors’ consent was taken from them when they were in institutions, and was being taken again.

“We have only one motive – to own our own history….We need to be listened to. We need to be consulted, mindfully and respectfully throughout this whole stage…We don’t want the narrative taken from us.”

Breeda Murphy, spokeswoman for the Tuam Mother and Baby Home Alliance, said she thought the legislation was seen by Government as an opportunity for “to silence the discourse.

“One of the most distressing parts of this is that the Government and the power brokers have such resources behind them. They have a wealth of money. They can buy in all the experts and survivors are pitted against an absolute machinery that’s unyielding.

“But something changed the other day and I think it’s people power and I think I really it is the most amazing moment when practically everyone in Dáil Éireann, apart from those who hold power, spoke for the mothers and babies.”

Deirdre Wadding, who also survived Bessborough having given birth there aged 18 in 1981, said the Bill had been “sprung on us without consultation”.

She said a mechanism was needed that would ensure there was a “coming back to the survivors to ask, ‘What do you think?’; ‘How do you feel about this?’

“We need some kind of representative body, like a union for instance, that has members who are accountable and who will have their work mandated by the survivors, that would come back to the survivors. To me that would be a democratic way of handing back autonomy and consent. These were they things that were taken from us.”

She was one of a number who said they had given testimonies to the commission of investigation and had not been told their testimonies would be sealed for 30 years. There was other information being sealed, she added, that was unknown. “We need to know what that is. Who are they protecting? Why? Why is the question,” she said.

Eunan Duffy, who was born in the Marianvale mother and baby home in Newry, Co Down, said unless all processes were “victim/survivor-led, framed and centred we have nothing”.

The passage of the bill was “an absolute disgrace” he said adding: “The Republic of Ireland has form on this and it’s never been held to account. When it comes to victims and survivors we are bottom of the food chain, right at the bottom of the ladder.

“This is not done and dusted. I believe there is going to severe and robust legal challenge to everything that’s been voted on.”