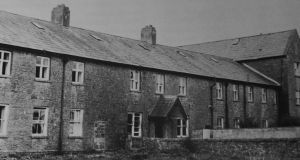 A total of 978 children died at the mother and baby home in Tuam, Co Galway, the commission of investigation found.

Research by historian Catherine Coreless – who found death certificates for 796 children who died there in infancy – was the catalyst for the commission being established.

Ms Corless presented an opinion that the remains were buried inappropriately in a chambered structure built within a decommissioned large sewage tank, which was confirmed by the commission’s fifth interim report in 2019.

The deaths were not mainly due to malnutrition, as the dominant narrative had assumed, with the commission linking just 1.9 per cent of the fatalities to “malabsorption – mainly marasmus”. It said that where marasmus was given as a cause of death this related to underlying conditions.

The main cause of infant death in Tuam, as in other homes, was prematurity and respiratory infections. “Convulsions” and whooping cough were other regular causes as were TB, flu, gastroenteritis, menegitis and diphtheria.

In all 2,219 women and 3,251 children passed through the home between 1921 and its closure in 1961. The home began its existence in Glenamaddy before moving in 1925 to a former workhouse and army barracks in Tuam.

It was owned by Galway County Council, which paid a capitation fee for each mother and child, and the salary of a chaplain and an attending medical officer.

The home was run by the Bon Secours sisters who, unlike in other homes, were not salaried employees of the council. Much of the work in the home was carried out by the mothers themselves.

The commission said “physical conditions were dire” in the home and that the council “failed to properly maintain, much less improve” the conditions.

It was not exclusively a mother and baby home but also accommodated children of married couples and widow and widowers who were unable to look after their children, as well as the children of homeless or destitute couples.

On average the women in Tuam stayed for less than a year but the children stayed mostly until they were six or seven. This was an exception as most children born in the homes were fostered out in infancy.