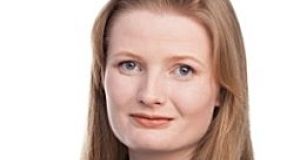 Cllr Lorna Bogue said she had pointed out the need for institutional change in the party.

Green Party councillor Lorna Bogue has resigned from the party citing the Government’s handling of issues around the Mother and Baby Homes Commission.

In a statement given to Cork’s Echo Live, she said she did not believe that the Green Party “engaged on this issue with a full understanding of its seriousness, nor with the close attention and careful handling that it deserves.”

Ms Bogue also said she had pointed out the need for institutional change in the party after she had previously highlighted issues around misogyny “but the active hostility towards women continues.”

“We know her decision to do so was not taken lightly. Lorna has give most of her adult life to the Green Party. She was central to rebuilding the party when it was at its lowest electoral ebb.”

The five councillors said this was the case “nationally and here in Cork.”

“The party owes her thanks for her energy and conviction. In particular, for expanding the party’s prescence and visibility on issues of social justice.”

“The social and environment challenges facing our city and world go beyond politics. Lorna is a trusted colleague and a friend for many years. We share the same vision for our city, one that extends beyond the artificial boundaries of party membership.”

The five colleagues said that they would continue to work together on the council.

The news follows confirmation at the weekend that the chairs of two groups in the Green Party had also resigned from their positions and left the party claiming they have been left “dismayed” by decisions taken since it went into Government.

Tiernan Mason quit the Queer Greens and Tara Gilsenan stood down from the Young Greens with both claiming they were “bullied and harassed” by party members and representatives.

They published a letter on social media, saaying they had departed with immediate effect.

“We had hoped that we could fight to make a difference and to hold the Green Party to account, but in our short time as chairpersons, we have realised that our efforts have been in vain and that the concerns we have raised have been going unheeded,” they wrote.

“To that end, we feel that we are no longer able to represent these affiliate groups of the Green Party.

They signed off the letter warning that history will “not be kind” to the party as it stands.