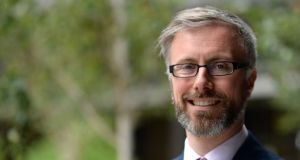 The Seanad passed an amendment ensuring Minister for Children Roderic O’Gorman will hold a copy of the full archive as well as Tusla. File photograph: Dara Mac Donaill

Minister for Children Roderic O’Gorman has told the Seanad that it is no longer “morally feasible” for his department to continue to refuse access to personal information for survivors of mother and baby homes.

He said there were legal issues to overcome but “we need to fix this problem and I am absolutely committed” to doing this.

Mr O’Gorman said he and the Attorney General would “tease through the various issues and will use the Oireachtas Committee on Children to bring in the experts to explore the alternative interpretations we need to provide for access”.

He was speaking as the Seanad debated two amendments to the Commission of Investigation (Mother and Baby Homes and certain related matters) Records, and another Matter, Bill.

The controversial legislation transfers a database of 60,000 records created by a five-year investigation into the homes to child and family agency Tusla.

Opposition TDs and survivors of the homes have expressed outrage and anger at the handling of the legislation which they said should be halted or delayed for further debate amid fears that records would be sealed for 30 years.

Mr O’Gorman stressed, however, that the legislation does not seal records for 30 years.

He apologised for his approach to dealing with the legislation, and said that “in my haste to fix a legal problem” he lost sight of the fact that the mother and baby homes and all the major legacy issues in the State “are not cold legal problems”.

He said: “I realise that that approach has caused anguish and frustration and this is something I am deeply apologetic for.”

The Minister acknowledged that the department was subject to GDPR (General Data Protection Regulation) and he said: “I don’t see it as morally feasible that my department can continue to refuse access requests specifically for personal information as we go forward and this archive goes over.”

Labour Seanad leader Ivana Bacik had highlighted serious concerns expressed on Friday by the Data Protection Commissioner about the effect of the 2004 Commissions of Inquiry Act in “sealing” records for 30 years, given the application of the GDPR.

Ms Higgins said the amendments would overcome the restrictions of the 2004 legislation but the Minister said he would discuss this with the Attorney General.

During the debate there were heated exchanges over the up to 5,000 emails Senators and TDs received from survivors and campaigners expressing opposition to the Bill.

Fine Gael Senator Barry Ward said there was ill-informed social media discussion on the sealing of records which was wrong.

He claimed there were “parties out there who have been involved in wilfully misleading people involved”. Ms Bacik warned him about making such allegations.

Sinn Féin Senator Lynn Boylan rounded on Mr Ward and claimed he was hitting out at the Clann project and experts there who were advising and supporting the thousands of women and children who had suffered abuse.

Clann is a joint initiative by Adoption Rights Alliance (ARA) and Justice for Magdalenes Research (JFMR), aiming to help establish what happened to unmarried mothers and their children.

The Seanad passed an amendment ensuring the Minister will hold a copy of the full archive as well as Tusla.

The life of the Commission of Investigation will be extended until March 2021 to allow people who gave testimony to the confidential committee, a sub-group of the commission be identified if they so choose.