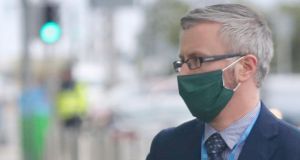 Minister for Children Roderic O’Gorman: apologised for his approach and his “haste to fix a legal problem”. Photograph: Gareth Chaney/Collins

There cannot be a “blanket” ban on accessing records related to the Mother and Baby Homes Commission, the State’s data protection watchdog has said.

The move by the Data Protection Commissioner (DPC) comes after days of controversy over a Government Bill that governs the treatment of these records, gathered by the commission investigating the homes.

The Government has said that it must seal access to the records for a period of 30 years – this has been opposed by campaigners. They argue that the State has not explained what in the 2004 legislation, which governs the establishment of commissions of inquiry, determines that the records must be sealed.

Critics of the Bill have further argued that the right to access the records is determined by the wide-reaching EU data privacy law, the General Data Protection Regulation (GDPR).

The intervention from the DPC supports the campaigners’ assertions that access is determined by GDPR, not by any conflicting domestic legislation. Irish legislation states that access rights can be restricted in some circumstances, specifically if exercising them would impede the operation of commissions or the future witness co-operation.

However, the DPC on Friday effectively argued access can only be limited on a case-by-case basis, and an application for access to records made under the GDPR must be assessed on its own merits, rather than summarily rejected. It said that the provisions of the Act allowing for the sealing of documents were not intended “to provide an effective blanket barrier to the exercise of rights”.

The watchdog said the department must demonstrate why “it would be necessary to restrict rights of access” relating to the commission and also that the department must ensure that in sealing the documents they “do not render the exercise of rights impossible where the necessity and proportionality of restricting those rights is not made out”.

Minister for Children Roderic O’Gorman said on Friday it was no longer “morally feasible” for his department to refuse access to personal information for survivors. However, he has advocated a more gradual approach, saying the preference is to overcome legal issues over access to data through engagement with the Attorney General and requesting an Oireachtas committee to examine the issues that arise.

Mr O’Gorman told the Seanad, which passed the Bill on Friday, that he was “absolutely committed” to solving the issues. He apologised for his approach to dealing with the legislation, and said that in his “haste to fix a legal problem” he lost sight of the fact that the mother and baby homes and all the major legacy issues in the State “are not cold legal problems”.

In a statement on Friday night Mr O’Gorman said the DPC’s comments relate to the 2004 legislation, not the current Bill. He said legal advice received by his Department indicated that the right to access data under GDPR is “expressly prohibited” by the 2004 act, but acknowledged “there are differing legal opinions on this”. He said he is committed to further examination of the issue.

Debate over the Bill has been marked by acrimony, and a high-profile advocacy campaign which saw Oireachtas members receive tens of thousands of submissions via email. Such was the scale of the communications that email infrastructure in the Oireachtas was impacted, with delays in mails being sent and received last week.