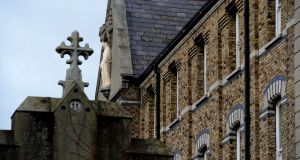 The terms of reference of the investigation into mother and baby homes is “too narrow”, the United Nations has warned.

It says the Commission of Investigation as established may not uncover all abuses inflicted on women and girls in these homes, the perpetrators of which should be “prosecuted and punished”.

In its “concluding observations” report – following examination of Ireland last month – the UN Committee on the elimination of discrimination against women (CEDAW) says Ireland has, “failed to establish an independent, thorough and effective investigation, in line with international standards, into all allegations of abuse, ill-treatment or neglect of women and children in the Magdalene laundries in order the establish the role of the State and church in the perpetration of alleged violations”.

The terms of reference for the commission of investigation into the homes, “is narrow such that it does not cover all homes and analogous institutions [and] therefore may not address the whole spectrum of abuses perpetrated against women and girls”.

“The committee therefore urges the State party to conduct prompt, independent and thorough investigations, in line with international human rights standards, into all allegations of abuse in Magdalene laundries, children’s institutions, Mother and Baby homes, and symphysiotomy in order to prosecute and punish the perpetrators of those involved in violations of women’s rights”.

It continues that “all victims/survivors of such abuse [should] obtain an effective remedy including appropriate compensation, official apologies, restitution, satisfaction and rehabilitative services”.

Ireland was examined by the Geneva-based committee on February 15th, where civil servants from across Government departments took questions on issues including lone parents’ poverty, protections for women fleeing domestic violence, access to abortion services and the gender pay-gap. It was Ireland’s first appearance before the committee since 2005.

Its report, published on Monday, says the Protection of Life During Pregnancy Act 2013 should be repealed “to legalise the termination of pregnancy at least in cases of rape, incest, risk to physical or mental health or life of pregnant women”, and fatal foetal abnormality. Abortion should be decriminalised in all other circumstances, it says.

It says modern contraception should be available and accessible, while sexual and reproductive health information should be free.

Domestic violence should be named as a crime and should be legally defined, along with “other emerging forms of gender-based violence such as online stalking and harassment”. It recommends a review of the requirement that women seeking safety orders from the courts pay towards their costs.

Concerned that women “continue to be concentrated in low-paid employment” and the persistence of the gender pay-gap due in part to women’s family responsibilities and their concentration in part-time work, it says men should be encouraged more to take on more childcare, and affordable childcare services must be available across the State.

Its recommendation that Traveller ethnicity be recognised has been superseded by a statement by Taoiseach Enda Kenny in the Dáil last Wednesday to that effect. The committee recommends concrete measures be taken “to improve health, education, housing and employment outcomes for Traveller women and girls”.

Dublin City Council seek use of Docklands tower block for social housing 02:06
Europe enforces restrictions to avoid ‘millions’ of deaths 02:02
‘I don’t want to be in Mountjoy Prison, nobody does’ 01:25
Mountjoy prisoners gain access to third-level education during pandemic 01:24
Science books to peruse this pandemic winter 01:00