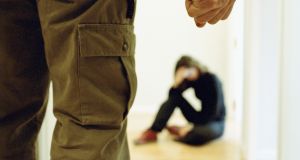 More than a third of the women who contacted the Women’s Aid domestic abuse charity last year said they found gardaí were ‘unhelpful’ in their experience.

More than a third of the women who contacted the Women’s Aid domestic abuse charity last year said they found gardaí were “unhelpful”.

Some 19,385 disclosures of abuse against women and children were made to the charity last year, according to its annual report published on Tuesday.

Margaret Martin, director of the charity, said the figures included in the report were “shocking and stark” and that “ behind each one is a story of pain, suffering and resilience”.

“Last year women told us they were being verbally abused, being threatened with violence, being stalked both online and in person,” she said.

“Women told us about being locked out of their homes overnight with their children. Women were living in fear for their lives because they were being threatened with knives, guns, and abusive partners and exes were threatening to kill them, their children and their families.”

The report details 21,451 contacts with Women’s Aid direct services including its 24-hour helpline and its Dublin based one-to-one support services.

Women’s Aid has highlighted the barriers and dangers women face when trying to leave an abusive partner, including inconsistent decisions and responses from the legal system and the Garda.

The report found the Garda response to victims of domestic violence can vary from negative to excellent, even from different gardaí from the same station.

“We continue to hear reports of gardaí attending a domestic violence call and not enforcing orders under the Domestic Violence Act; not arresting the perpetrator when an assault or other offence has been committed; not assessing the risk to women and children; giving incorrect information on orders, or simply dismissing the woman’s experience and fears,” Ms Martin said.

When women have positive responses from gardaí, it can increase their confidence to continue to report what is happening to them and engage with services, she added.

“When gardaí arrest for order breaches, this can have a huge impact on a woman’s safety as in some cases a single arrest can be a deterrent.”

The charity said women and their children are often put at risk by decisions in the courts to allow perpetrators of domestic violence to have access to children, and recommends there be no contact with abusive fathers until contact is safe.

Ms Martin said that while barring orders are granted to protect a woman from her abusive partner, there is often no assessment looking at the safety and wellbeing of the children.

“While the perpetrator is barred from the house he often still has unsupervised access to the children and uses that access to continue abusing them directly and/or through having the children witness the abuse of their mother,” she said.

The organisation has called for the establishment of an Oireachtas committee to examine the barriers faced by victims of domestic violence and for the identification of the gaps in the systems and resources that support and assist a safe and quick transition from abuse to freedom.