Legislation labelling disabled as ‘lunatics’ to be replaced

Rights of thousands of people with intellectual disabilities to be expanded 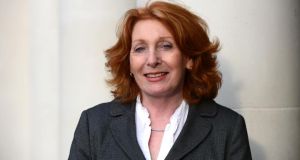 Minister of State with responsibility for disability Kathleen Lynch said the Assisted Decision-making (Capacity) Bill was at an advanced stage and was likely to go the Cabinet within weeks. Photograph: Alan Betson

New legislation to be published shortly will replace a 140-year-old law which categorises people with intellectual disabilities or mental health problems as “lunatics”.

The current law governing mental capacity for vulnerable adults in Ireland is based on the Regulation of Lunacy (Ireland) Act 1871. This provides for a ward-of-court system, under which the court makes all key decisions over a person’s life.

The new Assisted Decision-making (Capacity) Bill will replace this outdated system with a statutory framework which will govern decision-making on behalf of people who lack capacity to make important decisions for themselves.

This will affect thousands of people with intellectual disabilities and their families, and may also impact on older people in care and those with serious mental health problems.

Minister of State with responsibility for disability, Kathleen Lynch, said the legislation was at an advanced stage and was likely to go the Cabinet within weeks. It will be published by Minister for Justice, Alan Shatter.

She said the Bill will put an individual’s will and preference at the centre of a reformed decision-making process.

Ms Lynch said details were being finalised on how the legislation will apply to people with serious decision-making deficits.

“”I’m slightly concerned about the orientation of some aspects of it... But I’m glad to say that Alan Shatter is determined to drive it on... We want to ensure the legislation is user-friendly and that every time there’s a breach people don’t have to run to the courts.”

Most campaigners in the area of human rights and disability feel our current laws are outdated and provide insufficient protection to those with intellectual disabilities, resulting in their rights being infringed.

It also poses problems for their families, carers and service providers who say they are forced to battlea system of red tape in which everyday decisions can only be made with the permission of the court.

Professor Gerard Quinn, director of the NUI Galway’s centre for disability law and policy, said the new legislation must fully comply with human rights standards set out in the UN Convention on the Rights of Persons with Disabilities.

The convention - which Ireland has signed but not yet ratified - identifies steps that governments can take to combat discrimination and promote equality.

Mr Quinn said he was concerned that any new system of guardianship under the new laws should not be restrictive.

“Internationally, there is a move away from guardianship systems that nearly always end up trampling on people’s autonomy, toward regimes that support people making decisions for themselves. This Bill should restore legal capacity to persons with disabilities,” he said.
He also said he hoped the “institutional architecture” around supporting people with decision-making would be located in a positive space - such as among groups in volved in advocacy - rather than in a legal or court system.

“At the end of the day. this should all be about expanding the civil rights of a person... It’s a once-in-a -generation chance to get this right.”

Mr Quinn said these developments did not necessarily require the State to spend more money.

“It really means connecting people to supports that we all take for granted in our social connections. What public money there is available would be better spent developing support systems over time. It cuts to the essence of equal citizenship for persons with disabilities in Ireland.”

Colm O’Gorman, executive director of Amnesty International Ireland, said despite the lack of headlines or media debate on this issue, reform of these laws was a hugely important issue.

Inclusion Ireland, the umbrella group for people with disabilities, said that every week it received calls from people who have been severely adversely affected by this law.

“People with an intellectual disability, serious mental health problems, dementia and acquired brain injury are all affected by this law, which takes away a person’s right to make decisions about their life,” said the groups’s chief executive, Paddy Connolly.

“Ireland is behind every other European country in this area. While other countries allow for people to be supported to make decisions, Ireland takes all rights away from the person and the court imposes a decision on them.”

He said society needed to move away from the paternalistic stance of looking after what we decide are people’s “best interests”, and move towards recognising a person’s right to make decisions about their own lives, and to enable them to be supported to make decisions.

“The Government says that without modern capacity law Ireland cannot ratify the UN Convention on the Rights of Persons with Disabilities, which we signed up to nearly six years ago. Modern law in this area was promised since 2008 by the previous Government, and the current coalition committed to modern capacity law in their 2011 Programme for Government.”