People with sex addiction are ‘absolutely miserable with it’, Dr John O’Connor says 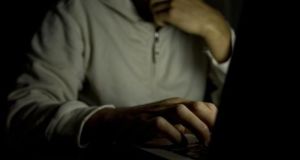 Dr John O’Connor, medical director of the Rutland, said people with sex addiction were “absolutely miserable with it”. Photograph: Thinkstock

Erica Ruigrok, clinical services manager at the Rutland Centre in Dublin, also said alcohol addiction remained the “biggest addiction issue”, with now 93 per cent of all women presenting at the Rutland doing so for alcoholism, compared with 74 per cent in 2006.

Alcohol is an issue in 84 per cent of all presentations, either on its own or exacerbating other addictions, such as drug, gambling or food.

Ms Ruigrok was speaking at the publication of headline findings from the centre’s Outcomes report, due at end of September.

The advance publication was to mark the start of “recovery month” running until the end of September.

She said while the attitude to women drinking had changed, their bodies had not.

“Women aren’t able to process alcohol in the same way men are... Women are experiencing more stress, with the demands that are on us. Women are working outside the home in a way they weren’t in the past, and trying to cope with a lot. Women may be using alcohol to unwind and de-stress... But using alcohol as the sole means of managing stress that can lead to problems,” Ms Ruigrok.

“One glass of wine a night could easily become two, and then half a bottle.

“Once you’re drinking half a bottle of wine a night you have a 13-fold likelihood of experiencing liver damage.”

Sex addiction was the main issue in six per cent of presentations – an issue that affected less than half a per cent of clients in 2009.

As with gambling addiction, the internet was providing a limitless outlet for sex addiction.

Sex addiction was not simply about a person having a lot of sex or partners, but about how their thinking about and having sex impacted on their functioning, self-care, relationships and mental well-being.

Describing it as one of “loneliest addictions”, Dr John O’Connor, medical director of the Rutland, said people were “absolutely miserable with it”.

“There is intense self loathing involved, huge shame... At its core you see disordered attachment, chasing an intimate connection.”

When treating addiction one of the first things he asked people was about their childhood.

“It’s all there,” he said. “If people have bad childhoods, they are in trouble...They may have experienced trauma, abandonment issues, lack of boundaries, narcissistic parenting...In addiction people are self medicating...They are using drink or sex or whatever it is to soothe and regulate emotions.”

Offaly footballer Niall McNamee spoke of his gambling addiction,of losing over €200,000 over the years, and of recovery at the Rutland Centre.

He said gambling addiction was “a complete epidemic coming down the road”.