Advocates for elderly and nursing representatives critical of ‘ill-equipped’ settings 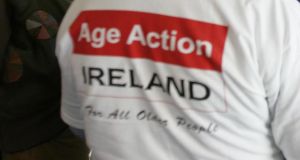 Eamon Timmins of Age Action Ireland called for the findings of Beaumont’s investigation to be made public. Photograph: The Irish Times

Acute hospitals are “inappropriate” and “ill-equipped” to care for elderly patients with dementia, advocates for the elderly and nursing representatives have said.

Reacting to the case of Gerry Feeney, who had Parkinson’s disease and died last month following discharge from Beaumont Hospital, Eamon Timmins of Age Action Ireland, said there was “widespread concern” about the fate of elderly patients, particularly those with dementia, in acute hospitals.

As soon as their physical illness was addressed, elderly dementia patients should be discharged to settings where they could be properly cared for, he said. Mr Timmins called for the findings of Beaumont’s investigation to be made public.

He said the bigger, long-term problem was a continued “insistence of basing all care around the institutional settings, hospitals”.

Liam Doran, general secretary of the Irish Nurses and Midwives Organisation, said there was an “obsession with the medical model and with doing everything in hospitals”.

Too often elderly patients were admitted and readmitted to acute hospitals from nursing homes for issues such as dehydration, breathing difficulties and IV antibiotics, he said.

He said it was the INMO’s view that nurses should be empowered to administer IV fluids, IV antibiotics and blood transfusions. “There are just 600 nurse prescribers in the State out of 44,000 nurses.”

A spokeswoman for the HSE said that “in all, 1,178 nurses and midwives have been funded to undertake the nurse and midwife prescribing programme since 2007”.