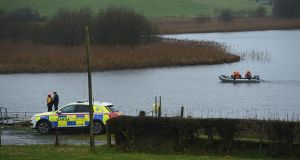 A cross-Border seach for a man missing from Clones, Co Monaghan for 18 years will take place over the next two weeks.

Police forces on both sides of the Border have joined with 18 members of the Civil Defence from counties Meath, Monaghan and Cavan to coordinate the search for Tony Lynch, who was last seen on 6th January 2002.

Garda Inspector Graham Tolan told RTÉ radio’s News at One that they will be using drone and solar technology to search 16 lakes and flooded quarries in the Clones area over the next two weeks.

There has been no suggestion of foul play, Inspector Tolan said, and the search follows a review of the case last year.

Mr Lynch was originally from Co Fermanagh, but had been living in Clones. When last seen he was driving his white Mitsubishi Gallant which is the focus of the search.

Inspector Tolan said that a number of searches had been conducted over the years, but the search which commenced on Thursday will involve “more modern technology” which will allow a more detailed and in-depth search, he explained.

Searches will take place on both sides of the Border, with members of the PSNI on site in Clones.

If the drone or sonar technology reveals anything then sub aqua units will be called in, said Inspector Tolan.

Gardaí have been in constant contact with the Lynch family over the years and it is hoped that the search will bring a resolution to the case.