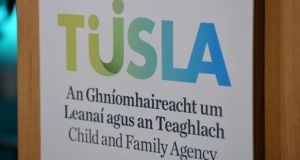 A review of some of the episodes showed that centre staff followed the correct missing-from-care procedures. File photograph: Alan Betson/The Irish Times

Gardaí were notified more than 100 times in 12 months of unauthorised absences by children accommodated in a Tusla care centre in the south of the country, according to the health standards watchdog.

An inspection report by the Health Information and Quality Authority (Hiqa) issued following an unannounced inspection in July found there were 220 “significant event notifications” at the centre in 12 months. A total of 103 such incidents related to “unauthorised absences”.

“A significant proportion of these missing from care episodes related to children whose care plans changed unexpectedly, causing an escalation in these episodes,” the inspection report said.

A review of some of the episodes showed that centre staff followed the correct missing-from-care procedures.

“However, there was a lack of evidence that they were effectively addressing this behaviour, despite having opportunities to do so during individual key working sessions with children,” the report noted.

It also found the premises were “institutional in nature, unkempt in places and in urgent need of refurbishment at the time of the inspection”.

“Hiqa escalated concerns about the premises to the director of Tusla children residential services for assurances that work would be undertaken as a matter of priority. A satisfactory response was subsequently received,” the inspection report said.

Overall, the inspectors found that although children were well cared for and they contributed to decisions about their care, some were not engaged in formal education and were not adequately supported to learn how to manage their behaviour in an appropriate way.

Inspectors found that the centre’s transition from a service that provided high support to a mainstream residential care service had “not happened effectively over a seven year period”.

“This resulted in inconsistent and institutional care practices which needed to change. Some of these practices, such as locking internal doors in the centre, were not risk assessed and there was no rationale for their implementation. These were not rights-based decisions and impacted on the children’s movement about the centre,” the report said.

The inspectors said “behaviours that challenge” were not effectively managed in the centre.

“Recommendations from a Tusla psychologist were not comprehensively incorporated into children’s placement documentation or integrated into daily care practices. While children were not placed at risk during their time in the centre, they described an environment that was sometimes tense and they told the inspector that they found it hard to sleep when voices were raised during incidents involving other children.”

Hiqa said management systems in the centre “did not provide assurances that the centre was operating within its capacity to meet the needs of all of the children placed there, or that risks such as the disrepair of the premises were being reported and managed”.

“The systems in place were underdeveloped and inspectors found that they required considerable improvement, particularly in relation to quality assurance and monitoring of the service, to ensure it was operating safely and effectively. In addition, there were improvements needed in the provision of supervision and training to the staff team.”

In a separate inspection report on the inspection of a children’s residential centre in the Dublin Mid-Leinster area, Hiqa said the management systems in place needed further development to ensure the service was being delivered in a safe and effective way.