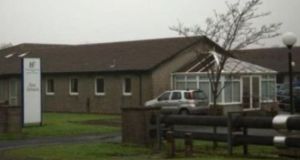 Minister of State for Disabilities, Finian McGrath, must intervene “immediately” to close Áras Attracta, a HSE-managed care facility for adults with intellectual disabilities in Swinford, Co Mayo, according to Inclusion Ireland.

The national lobby group representing people with intellectual disabilities condemned management at Áras Attracta following publication of a report on Wednesday finding multiple failures to improve safety and quality of life of the 86 residents there.

The Health Information and Quality Authority (Hiqa) has given the HSE a final warning to improve conditions or face closure by February.

Its report, an overview of two years of monitoring and inspections at the campus, found serious repeated failures on the management’s part to implement its own improvement plans.

Áras Attracta has been at the centre of concerns about treatment of residents since an undercover investigation of conditions there was broadcast by RTÉ’s Prime Time Investigates in December 2014.

In November a former resident, a severely intellectually disabled woman, was awarded €400,000 for abuse she suffered. High Court President Mr Justice Peter Kelly described the woman’s treatment at the hands of staff as “inhuman”.

On October 1st, 2015, the HSE provided a “detailed, time-bound improvement plan” to Hiqa.

Among the commitments were that a “community-based, person-centred model for the future and in the interim would ensure the safety and quality of life for residents was improved”.

In the first inspection “the provider had achieved improvements in the levels of regulatory compliance” in two of the three centres on the campus. Management assured Hiqa further improvements would be made.

In May, however, there was a “significant deterioration in the safety arrangements and quality of life experienced by most residents”.

There was “limited progress and improvement overall on the campus”, while “most residents continued to experience an institutional model of care” with limited or no opportunities “for personal development and growth”.

Management failed to progress plans to transition residents to more appropriate community-based accommodation and to consult with residents before making decisions impacting on their personal finances. It also failed to appropriately investigate and respond to concerns.

On September 28th, Hiqa’s chief inspector issued a plan to cancel the facility’s registration with Hiqa, which would mean its closure. The HSE responded on October 31st with a plan to improve conditions.

Hiqa has said it will make a further unannounced inspection “to verify whether these latest actions have been effective”. If they have not, it will cancel Áras Attracta’s registration “by February 2018”.

Welcoming the report, the HSE said that although its findings were “very valid”, it faced “challenges” in moving residents out of the “congregated” settings due to a dearth of housing in the community.

“While we don’t expect the housing boom to ease in the foreseeable future, in order to overcome these challenges, we are continuing with our programme of sourcing suitable accommodation through our own estates management unit and commissioning a number of specialised housing providers.”

Inclusion Ireland said the report showed the “failure of all parties to act despite multiple reports [of] an abusive, sterile environment, devoid of meaningful activity” and called on Mr McGrath, to “intervene to ensure that this failed entity is closed as a matter of priority”.

Mr McGrath said he was “deeply disappointed” by the report. “The HSE must now produce a realistic and effective action plan to turn this service around and provide the level of care that the residents and their families are entitled to.”