Fianna Fáil split on referendum ‘no threat’ to party unity 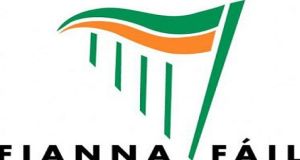 Fianna Fáil spokesman on health Billy Kelleher is “hopeful verging on confident” of a strong Yes vote this Friday.

Opposing views among party members over abortion ahead of the referendum poses no threat to stability, according to Fianna Fáil spokesman on health Billy Kelleher.

Speaking while canvassing with Together for Yes in Cork city the Cork North Central TD said Fianna Fáil had approached the issue in a non-partisan and non-political way. He did not think there would be a negative impact on his vote in relation to campaigning for Yes.

“The easiest thing for a politician to do would be to keep your head down on this issue . . . [but] I had debated the issue during the Protection of Life during Pregnancy Bill. I had a lot of women come to me during that time . . . I felt I had to do what I believe is right and right is not always popular.”

The Cork North Central TD said that there was “differing opinion” not division within the party in relation to the referendum. Mr Kelleher said Ireland needed to address the fact that women are left with little choice but to take “lonely journeys” to the UK for a termination.

He urged people to turn out in large numbers and said he was “hopeful verging on confident” of a strong Yes vote on Friday.

He believed there were numerous reluctant Yes and No voters but he hoped voters would make up their mind in the final week.

Mr Kelleher was campaigning on a noisy Patrick Street which was full of competing Yes and No groups. He said he was glad of the opportunity to have a conscience vote within his party on the issue.

“I always felt that the only way we could deal with this was in a non-partisan non-political way. In other words parties would allow for a free vote. ”

He emphasised that he was always conscious of the individual stories of women and appealed to voters not to be “judgmental” about abortion.