Does prostitution demean, degrade and dehumanise the buyers of sex?

Opinion: ‘In the debate about the criminalisation of the purchase of sex, it is an overlooked issue’ 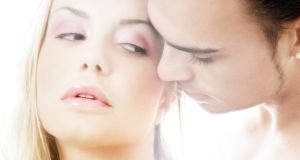 ‘The 10 per cent of Irish men who buy sex are under the illusion that there is mutual pleasure in the expensive sexual release they’ve booked online with a woman’ Photograph: Getty Images

Almost to a man, the more than 20 punters I’ve interviewed over the years about purchasing sex have been convinced that “She enjoys it”. And she especially enjoys sex with him, thinks he’s a good lover, appreciates him as a human being, likes his company and even spends extra time with him for her own pleasure, not just because he’s paying her. She loves her work, she really does, and it’s her choice to do it.

“How do you know she enjoys it?” I’ve asked.

“I think I could tell if she didn’t,” they say.

Can’t they see she’s acting? Pretending to like it is her survival mode. She’s not feeling a thing – especially not for them.

She’s a good actress because she has to be, maybe has been coerced to be. The 10 per cent of Irish men who buy sex are under the illusion that there is mutual pleasure in the expensive sexual release they’ve booked online with a woman who talks dirty as she makes them shower and checks them out for sexually transmitted diseases. Whether he’s met her in a bar in Asia or hotel in rural Ireland, she’s put on such a good show that he, on some level, believed her.

Sex buyers, are you really OK with that? You don’t think it’s the slightest bit degrading? For you, I mean.

In the debate for and against the criminalisation of the purchase of sex, an overlooked issue is whether prostitution demeans, degrades and dehumanises the buyers. Paying for sex allows men to live the fantasy that some women – women who they pay – get hot when they meet misogynists who can’t be bothered doing the hard psychological work of forming an equal, intimate relationship with a woman – at least not tonight.

That’s what so many men have told me: that women in “real” life can be difficult, demanding, impossible to satisfy, they take up too much of their valuable time. When these men are working all hours, there’s no time for labour-intensive “dating” – not even a quickie via Tinder. Picking up drunk women at closing time? Ok for some, but others feel better with a cash transaction.

Most punters are in relationships, married even. It’s just that prostitution is a different kind of sex – guilt-free and selfish without having to worry about how the woman feels or what it will cost to take her to dinner once or twice with no sex to show for it.

I’ve asked punters the same three questions: would you tell your fiancée or your mother that you’ve paid for sex; would you want your mother, sister or daughter to sell their bodies; and would you consider dating a prostitute and marrying her? The answer has always been no, no and no. See the disconnect?

Why do these men choose to disconnect their emotions from their bodies – just as prostitutes do – for the sake of a fleeting thrill? It’s not really good for men’s sexuality to become habituated to the instant gratification that prostitutes are adept at because they want to make the physical interaction as brief as possible. It isn’t terrific for male performance in the long-run, sex therapists say, because men hooked on a fast intense experience are at risk of erectile dysfunction in ordinary situations.

There are other dangers, too. One man, a frequent sex tourist, was partaking of the basest carnal activities on offer until several experiences burst the illusion that “girls” were volunteering and enjoyed it. In this new mirror, he saw he had become callous and inhuman in his part of a vast sex industry that caused devastation. His crisis of conscience tortures him, but he can’t share with anyone close, because, if they knew . . .

A Scottish report found that the greatest deterrent was public shaming – more than arrest or even a jail sentence. Does this not show they feel they are doing something wrong? Criminalising the buyers of sex, some of them say casually, would stop them from using prostitutes – but they don’t see it as a problem. It just doesn’t seem to matter that much to them, and isn’t that a telling point? This sort of sex is seen as dispensable, and consequently, so is the humanity of everyone involved in the transaction.