Corporate Ireland must appreciate the benefits of greater philanthropy

Constructive giving is good for the recipient but also the donor 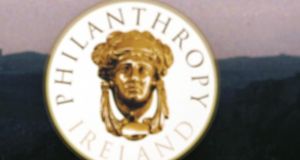 The Irish people are justifiably proud of their traditional generosity to good causes. Despite the recession, 69 per cent of Irish people will have made a donation to a charity in the last three months and at least one in six volunteers on a regular basis.

Notwithstanding our generous nature, the term philanthropy is not well-understood. Plans are under way to launch a National Giving Campaign to create awareness of the positive impact philanthropy can have on society. Research findings underpin the need for such a campaign.

Only one-quarter of Irish people understand what philanthropy means. This is because the concept is so underdeveloped here. There are fewer than 30 active grant-making trusts and foundations in Ireland compared to over 8,000 in the UK.

Large-scale individual giving also lags behind other developed economies. A report by McKinsey found the 400 top-earners accounted for about 10 per cent of tax-deducted charitable giving. In Germany, the UK or the US, the top-income earners account for more than 30 per cent of private donations.

It is a similar story with corporate philanthropy. In 2005, only 1.4 per cent, or some €25 million, of Irish non-governmental organisations’ income stemmed from corporate donations – this amounts to less than 0.1 per cent of pretax profits of the top 500 Irish companies. By comparison, all listed corporations in the UK donate on average 1.2 per cent of pretax profits.


Celebrating life The Irish not-for-profit sector supports more than 100,000 jobs. However, these organisations are also vital to ensuring Ireland is a decent place to live. The arts, sports, cultural and community initiatives don’t matter less in a recession; they matter more. We all need a break from negative news and to celebrate life to better cope with life’s demands.

I believe fervently in the benefits of philanthropy, both for recipients but also for donors. For individuals, there is the satisfaction of making a real and tangible contribution to a cause. It is a privilege to support the work of people who are making a difference to communities across the country and the globe.

I support a number of Irish and overseas charities. Since the earthquake in Haiti, the charity that attracts most of my attention is havenpartnership.com. This agency has inspired me and many of the team in the Healy Group who have travelled there as volunteers in reconstruction.

On the local front, I love music and support and serve on the board of the Irish Chamber Orchestra, who are not only superb musicians but wonderful cultural ambassadors for the country.


Engaged workforce
For corporates, there is the potential to build an engaged workforce, to give people a sense of pride in a company. From personal experience, it works. We have created an environment allowing employees to get involved with the local causes we support through the Healy Foundation. Every year we invest 20 per cent of our pretax profit.

I am also engaged in the work being done in Uganda and East Africa by traidlinks.ie. Through this project, Irish business is assisting the indigenous SME sector.

Corporate Ireland needs to demonstrate it has learnt from the excesses of the Celtic Tiger and rebuild trust. Irish business shares Irish values. We in business must begin to match the generosity of the Irish to create a better, fairer Ireland.
Maurice Healy is a philanthropist. He also sits as a member of the board of Philanthropy Ireland