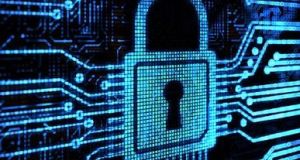 Current data protection legislation is a threat to the safety of children and has made their welfare difficult to guarantee, the Catholic Church’s child protection watchdog has said.

General Data Protection Regulation (GDPR) was introduced in 2018. The church’s National Board for Safeguarding Children, based at Maynooth, Co Kildare, said the current legislation was “detrimental to the efforts to safeguard children”.

It was also the case that due to the current legislation its “inability to analyse and monitor allegations [against priests] is, in the view of the national board, a significant loss to the Catholic Church”.

The board said all its efforts to have the legislation changed and allow it do its child protection work have “failed”.

The observations were contained in the board’s annual report for 2019.

It had “made representations to Government Ministers, civil servants, Tusla and the Data Protection Commission in the Republic of Ireland, seeking support to have legislation amended to enable sensitive personal data to be shared with the national board on allegations against clerics and religious. These efforts have failed.”

It said the situation was similar for Northern Ireland. The Catholic Church in Ireland – as with all main churches –is an all-island body, so the board’s remit extends to include Northern Ireland.

“We have also engaged with the Department of Health in Northern Ireland and the safeguarding board for Northern Ireland. But due to the suspension of the Northern Ireland Assembly at the time of the discussions, officials were unable to progress any discussions, but did indicate their support for the important work of the national board in helping to keep children safe.

“We will pursue this further now that a Minister has been appointed, and has taken office,” it said.

It said that under the 2018 data protection legislation in the Republic, the board “cannot fulfil its monitoring function, track trends year to year, nor offer assurances that church bodies are consistently applying safeguarding standards in relation to their notification and management of cases outside the scope of a specific review of that church authority”.

It was also the case that “while allegations are still notified [to the board], the information is anonymised and significant detail is removed. As a direct result we cannot advise with any certainty on whether reports we receive may also have been forwarded by another church authority,which would result in double-counting”.

It said that for instance in 2019, 116 notifications were forwarded to the national board. It checked whether these had been notified to State authorities but “beyond that we are not able to analyse the information, and therefore cannot offer comment on developing patterns or on the time period to which the allegations relate”.

As it is required to report on its activities it has set out in the annual report for April 2019 to April 2020, “the range, type, and ‘quantity’ of advice offered” during that year.

“On 260 occasions, advice was requested by and offered to church personnel – broken down into advice offered to dioceses on 128 occasions (49 per cent); to religious orders on 100 (39 per cent) occasions; and to independents on 32 occasions (12 per cent) – “independents” include complainants of abuse; those accused; lay apostolates; other church agencies; and Irish missionaries working overseas”, it said.