Refusal of two other academics to take part should have been reported, NGO says 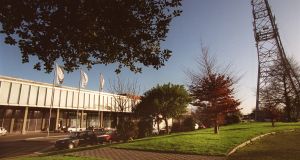 An Taisce has formally complained to RTÉ about its Prime Time programme on the subject, ‘How much will fighting climate change cost Ireland?’, broadcast on December 3rd.

It claims the inclusion of retired UCD professor Ray Bates on the programme meant “it failed to provide fair, objective and impartial news and current affairs content, thereby violating the rules” laid down by the Broadcasting Authority of Ireland. An Taisce said it was aware of at least two academics who were invited to participate in the panel but who declined to do so.

“In both cases we understand that they expressly cited concerns that the presence on the panel of Prof Ray Bates would very likely result in a ‘false balance’ presentation, with the well-known consequences of undermining public understanding and promoting a perception of doubt around what are, in fact, extremely strongly established, robust, results from state of the art climate science.”