Social media the ‘big game changer’ for trust in experts 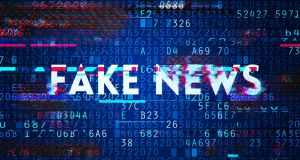 ‘We are also taking a chance and thus are open to the possibility of betrayal. There is a leap of faith in trust.’

The use of social media to access knowledge has contributed to a lack of trust in experts, according to a Dublin-based astrophysicist and philosopher who together are studying what makes experts trustworthy.

Social media has been the “big game changer” in the loss of context to evaluate the trustworthiness of information, believes Prof Luke Drury, the astrophysicist based at Dublin Institute for Advanced Studies.

Maria Baghramian, professor in the school of philosophy at University College Dublin refers to the use of social media to access knowledge as a “context collapse”, adding that when we see information on social media or other internet sources “we [often] don’t know who the expert is”.

Drury and Baghramian are the Irish partners of a European research project which has investigated the perceived demise of trust in expert knowledge. They presented a summary of three papers from their working group of the All European Academies (Allea) – a European federation of scholars and researchers across science and the humanities – at a briefing on “Truth, Trust and Expertise” at the Royal Irish Academy recently.

In an increasingly digital society, Drury says social media platforms need to accept responsibility for the content they carry

These Allea papers were written as a response to the alleged loss of trust in science and evidence. The group also discussed how scientists need to communicate better in an increasingly digital society.

Drury says that while there isn’t a “general breakdown of trust in scientists and science”, there have been cases such as “deliberate and evil propaganda exercises” – including those by fossil fuel companies to spread doubt about climate change. Similar efforts to undermine scientific knowledge on fluoridation, vaccination, genetically modified foods and 5G networks have been spread across social media channels, he notes.

In an increasingly digital society, Drury says social media platforms need to accept responsibility for the content they carry. “They can’t pretend that they are neutral platforms when there are algorithms which deliberately push polarisation and enable bubbles and echo chambers which make people susceptible to manipulation.”

An interesting development in recent weeks, for instance, has been a new tool on Twitter which directs searches for vaccine-related facts to the HSE public health information on vaccines.

Baghramian says trust in receiving accurate information from others is essential to modern society. “Since Brexit and the election of President Trump, we are facing a crisis of trust particularly from experts and scientists. This is perceived to be linked to the rise in populism and a rejection of the rule of elites and technocracies but the evidence on whether there is an actual decline in trust is mixed.”

Pointing to recent results from Eurobarometer and the European Social Survey, she says the level of trust in experts has increased in northern and central European countries such as Germany, Austria, Switzerland, Netherlands, Norway, Sweden, Poland and the Czech Republic, while it has declined in Spain, France, Italy, Romania and Slovenia.

Baghramian says it’s important to look at what makes experts trustworthy. “Competence, integrity/honesty, credibility and track record are all important but so too is benevolence which is when someone is disposed to act in the interests of others and show good will towards people,” she adds.

The lack of benevolence, she suggests, is the core attribute that has led to the breakdown of trust. “The exercise of trust invokes dependence on other people. In showing trust we are exposing ourselves to the possibility of harm or hurt. We are also taking a chance and thus are open to the possibility of betrayal. There is a leap of faith in trust,” she explains.

Researchers have found it is important for scientists to understand these psychological dimensions of trust. “People have an instinctive biology which makes them worry about infection and disease and an innate sense that species are immutable so it’s important to understand these psychological dimensions to trust when you present scientific facts about vaccination and genetically modified foods,” Drury says.

These psychological dimensions of trust in science can further be complicated if members of the public don’t trust the government or private corporations which fund scientific research. “Trust is given to those whose values we share and there is a greater chance of breakdown of trust across polarised groups,” Baghramian points out.

Drury acknowledges science hasn’t always been ethical; particularly when political or social institutions are involved in the research. “You can point to eugenics, racial inequality theories or even the risk of high precision brain imaging leading to theories of scientific criminology which could prescribe the idea of people being locked up even if they haven’t even committed a crime.”

He says in this age of open science, scientists need to communicate well with the public. “It’s important for scientists to explain how science is done and that it’s not the absolute truth but rather the best possible information from the available evidence . . . We need to explain what a scientific theory is, not ask people to ‘believe in science’. We need to have the ability to self-correct and consider adding abstracts for the general reader to scientific papers,” he says.

In essence, Drury is asking SFI not to fall victim to the social media trap of promoting an image of itself that is driven by belief rather than proof – which ultimately would be counterproductive to building trust in scientific experts.

UCD philosopher Prof Maria Bagramian is to lead a new research study on what makes scientific experts trustworthy. The three-year Horizon 2020 funded project on “Policy, Expertise and Trust in Action” (PEriTiA) will explore the role of science in policy decision making and conditions under which people trust and rely on expert opinion that shapes public policy.

The study follows an the Irish Research Council funded study ‘When Experts Disagree’, led by Baghramian and Drury from the Dublin Institute for Advanced Studies.

In PEriTiA, the duo will investigate the ethical issues relevant to trust in science. Members of a working group on truth, trust and expertise making up a European federation of scholars and researchers across science and the humanities will also be involved in the study.