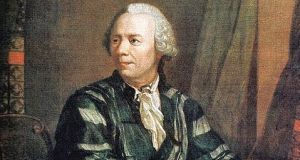 Leonhard Euler revolutionised mathematics, greatly extending its boundaries. He was inexhaustible: no other mathematician has been so prolific

Mathematicians are an odd bunch. Isaac Newton was decidedly unpleasant, secretive and resentful while Carl Friedrich Gauss, according to several biographies, was cold and austere, more likely to criticise than to praise. It is frequently claimed that a disproportionate number of mathematicians exhibit signs of autism and have significant difficulties with social interaction and everyday communication.

It is true that some of the greatest fit this stereotype, but the incomparable Leonhard Euler is a refreshing counter-example. He was described by his contemporaries as a generous man, kind and loving to his 13 children and maintaining his good-natured disposition even after he became completely blind. He is comforting proof that a neurotic personality is not essential for mathematical prowess.

9 Thoroughly modern makeover on tucked away Ranelagh road for €950k

10 The outlook for vaccination is better than it seems

13 Number of people in hospital with Covid-19 drops to 597, according to latest figures

16 North’s status under Belfast Agreement is an inconvenient truth

17 Relax, boomer: Gen Z and the millennials have turned on one another

21 Joey Carbery set for Munster return against Cardiff on Friday

28 Meet Pádraig, former J1 student, whose robotic exoskeleton has given him new hope

30 Baarack the overgrown Australian sheep shorn of his 35kg fleece

32 SSE to spend up to €6bn building offshore wind farms

33 What will it cost to restore this Drumcondra fixer upper seeking €420,000?

34 Hotel isolation for 20 states excludes US, UK where cases ‘rampant’

35 Kazuo Ishiguro: ‘I have to be careful to guard against genius syndrome’