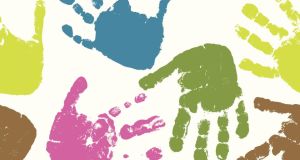 The report, an independent review of the management of child neglect case in three parts of the country was completed last year. It finds in some cases social workers charged with protecting children from abusive neglect lacked understanding of the deep and long-lasting impact of neglect, while some seemed fixated on keeping children in families where neglect was occurring.

The report on three pilot reviews – in Roscommon, Waterford and south east Dublin, was prepared carried out in advance of a national audit of child neglect. The national audit was one of the recommendations to come out of the 2010 Roscommon Child Care Case Inquiry.

That report found six children in Roscommon suffered harm and neglect at the hands of their parents – both of whom were jailed – for longer than necessary due to a range of systems and staff failures.

Neglect is the single biggest cause of children coming to the attention of social services.

“There were many families in which the circumstances for children did not improve despite the involvement of statutory services.”

It found, “parental resistance to change and non compliance with child protection plans was not adequately challenged,” in numerous instances.

“These audits found that inclusion on the Child Protection Notification System did not necessarily improve children’s circumstances. This appeared to be due in part to a lack of understanding of the harsh reality of everyday life for children, the cumulative long-term consequences of neglect, a cultural commitment to keeping families together at all costs and a perceived reticence by the Courts to grant Care Orders in neglect scenarios.”

It says court applications to take children out of families, where drug and alcohol abuse may feature, were delayed.

“When Care Order applications were instigated it often took up to a year and more than 10 court appearances to achieve a full order.”

The language used in professionals’ reports did not always fully convey the full horror of children’s living circumstances.

“Words such as ’dirty’ and ’unhygienic’ do not adequately describe the situation endured by some children in homes where beds were saturated in urine, there was no heat, there was dog excrement in the living room and bedrooms, a worker’s shoe stuck to the carpet, mouldy food had adhered to kitchen counters and the toilet was black with dirt and excrement.”

The HSE said a key learning from the audits was the need to be alert to the systemic and ongoing impact of neglect. It said reform of children and family services was ongoing and included enhanced governance systems, improved workforce development and standardisation of practice.