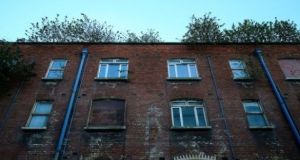 Dublin City Council and Fingal County Council were among eight city councils who were told by Minister for Housing Eoghan Murphy to submit action plans for vacant homes in their area by the end of October.

The Department of Housing confirmed on Monday that both had missed the deadline.

The action plans require local authorities to identify the number of vacant homes in their locality and to set out a comprehensive and achievable plan on how those properties can be returned to housing.

In response to queries from The Irish Times, the department said the delay was justifiable because the plans needed to reflect the situation on the ground accurately.

“Given the importance in identifying the level of realisable, liveable vacant homes, it is important to determine a robust methodology to measure vacancy,” said a spokesman.

He said the Dublin City and Fingal plans were subject to ongoing discussions to agree a methodology to assess vacancy.

“Both those local authorities have been particularly active in undertaking work on vacancy to date and are feeding that into the overall development of the strategy.”

The action plans for all other councils in the State must be submitted by the end of this month.

The department also said the information received to date indicates the level of vacancies “is significantly less than that set out in census 2016”.

The census identified 180,000 vacant homes but the Minister has consistently said the number of vacant units could be as low as 20,000 throughout the State.

The department said on Monday a large number of the units contained in the census data have since been “re-introduced into the viable housing stock”.

It attributes this change of status to houses that may have been on sale at the time, or which were subject to refurbishment or probate.

The vacanthomes.ie website, run by Mayo County Council, on Monday said that 1,500 vacant homes have been registered on its website by members of the public in the past three months.

A number of local authorities, included Fingal, Louth and Cork have already identified properties from the website which have potential to be reverted back to usable homes. Tom Gilligan, director of services with Mayo County Council, said more than 15,000 people had contacted the website with queries.

Almost six in 10 of properties registered were in Leinster, where demand is highest.

Vacant housing is one of the linchpins of the Government’s Rebuilding Ireland strategy. The Government intends to convert 3,500 vacant units back to residential use by 2020 using compulsory purchase orders and schemes such as the Repair and Lease scheme. However, initial take-up for those schemes has been low.