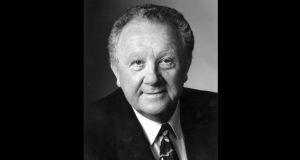 Tributes have been paid to the former Galway Fianna Fáil TD and MEP Mark Killilea who died on New Year’s Day.

Mr Killilea (79), who was from Tuam and was noted for his straight-talking style, represented Galway in the Seanad, the Dáil and the European Parliament, where he served for two terms.

He also served as a Minister of State in the Department of Posts and Telegraphs for a period.

He succeeded his father, also called Mark, who was also a long-standing TD for Fianna Fáil in Galway North, having represented the constituency from 1927 to 1961.

Mr Killilea was first elected to the Seanad in 1969 and to the Dáil in 1977. A number of constituency boundary changes between Galway West and Galway East in subsequent years affected his North Galway base, and saw him lose his seat on one occasion.

He was later co-opted into the European Parliament but easily defended his seat in the following two elections.

“I had the great privilege of knowing Mark both during his time in Dáil Éireann and more latterly when he was a MEP.

“Mark Killilea had a long and distinguished political career that spanned the Seanad, Dáil, Ministerial Office and the European Parliament. He was a hardworking and committed political, a great family man and a proud Galway man through and through.

“The late Mark Killilea was very much a man of the people, he had a great common touch and an unbreakable link to the ordinary people of his constituency be that the Dáil Constituency of Galway East or the former Connacht-Ulster European constituency.

“During his time in the European Parliament he was a Trojan advocate for Agricultural affairs and Rural Development, he was most vocal in forwarding the plight of rural Ireland in Brussels.”

Mr Killilea is survived by his wife Anne and seven adult children. An eighth child, Mark junior, died as a result of a road traffic incident in 2009.