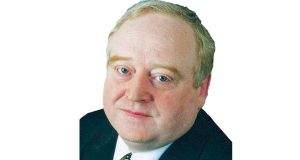 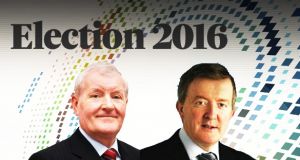 Fianna Fáil has won two seats in the Sligo-Leitrim constituency where in the last election they took none.

Senator Marc MacSharry topped the poll and his Fianna Fáil running mate Eamon Scanlon was elected on the 15th and final count as was Fine Gael’s Tony McLoughlin. Neither Mr Scanlon nor Mr McLoughlin reached the quota.

The final seat came down to the 759 transfers from Senator MacSharry’s surplus. At that stage Fine Gael’s Gerry Reynolds was 131 votes ahead of Mr Scanlon for the last seat.

Mr Scanlon eventually ended up with a winning margin of 405 votes. Mr McLoughlin was also comfortably elected on the final count though he only picked up 21 transfers from Senator MacSharry.

There had been talk of a recount but the margin of victory for Mr Scanlon was too great.

It was a disappointing outcome for the Leitrim-based Fine Gael candidate who at one stage was nearly 1,000 votes ahead of Mr Scanlon.

But transfers from Sinn Féin’s Chris McManus and the surplus of elected Sinn Féin TD Martin Kenny broke heavily in favour of Mr Scanlon and he was able to make up the gap.

Leitrim councillor Martin Kenny exceeded the quota on the 13th count after receiving 4,772 transfers from his Sinn Féin running mate. Mr Kenny had been a Dáil candidate on three previous occasions and will be the only TD to represent Leitrim in the new Dáil.

The outcome was a triumph for Fianna Fáil’s vote management strategy and particularly their decision to add Leitrim-based candidate Cllr Paddy O’Rourke to the ticket in the five weeks before the campaign. He polled a respectable 5,447 votes.

Senator MacSharry attributed his victory to hard work, 13 clinics a week in three counties over five years, and seven private member’s bills of his own in the Seanad where he had been Fianna Fáil’s spokesman on health.

“All that work brought us back in touch with the people and that’s where politics has been failing through the generations,” Senator MacSharry says.

“That’s not to overtly criticise this government or absolve previous governments. It’s the people’s country, they are sovereign. The national policy platform must reflect what their wishes are.”

His father, Ray MacSharry, the former minister for finance and EU Commissioner, was present at the count. Ray McSharry suggested that Fianna Fáil should only go into government as the lead party even if they have the smaller representation than Fine Gael.

“That can happen and does happen in democracies all over the world,” he said. “They [Fine Gael] have had their time as Taoiseach and the people want them out. They want Fianna Fáil in and participating in government.

“The biggest gainers should be leading the government. I would like to see that Micheál Martin is in control and that Fianna Fáil is in its rightful place in charge of government.”

The big loser in the constituency was the former Fine Gael junior minister John Perry who polled only 4,403 first preference votes, less than half of what he received in the 2011 general election.

He was only added to the Fine Gael ticket after taking a High Court challenge. Mr Perry declined to criticise the Fine Gael party or its leader Enda Kenny during his visit to the count centre on Sunday afternoon.

“I’m not here to criticise or judge anybody here today,” he said. He blamed Fine Gael’s election defeat on the “huge level of pressure that people have endured. It has been immense. It has affected every home and every community in the region.”

Another big loser was Labour’s Senator Susan O’Keeffe who polled 1,829 first preference votes, just 40 per cent of the vote she received in the 2011 general election.