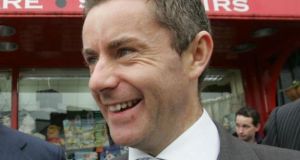 The Standard in Public Office Commission (Sipo) has paid out a total of €455,000 investigating allegations of duplication of expenses by Senator Brian Ó Domhnaill, who was an elected board member of Údarás na Gaeltachta as well as a member of Donegal County Council.

A further €21,300 was spent investigating similar allegations against Pádraig Doherty, who was also an elected member of the Board of Údarás na Gaeltachta and Donegal County Council.

Both men were found to have contravened ethics legislation by submitting claims for travelling and subsistence expenses from two separate bodies for the same dates.

Most of the costs relate to two legal challenges taken by Senator Ó Domhnaill.

He took a case in the High Court in an effort to ensure the hearing by Sipo would be bilingual and would be conducted without the assistance of an interpreter.

He appealed the High Court ruling against him and claimed the investigation should not take place until the rules of the Court of Appeal were made available in Irish.

Sipo said the costs in the case of Senator Ó Domhnaill were for professional legal fees, translation, legal counsel, stenographers, and court fees.

The commission has completed only four investigations relating to expense claims by county or city councillors in the past 10 years.

As well as Senator Ó Domhnaill and Mr Doherty, two other members of Donegal County Council - Dessie Larkin of Fianna Fáil and Terence Slowey of Fine Gael - were investigated.

Mr Slowey is currently a member of the council.