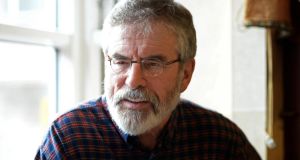 Sinn Féin is to review its policy of paying party members the average industrial wage.

The party is seeking to reconsider its long-standing position after a number of members raised issues surrounding it.

Political director for the 26 counties Ken O’Connell said the “one size fits all” policy was not working.

Sinn Féin TDs in the Dublin area in particular are said to have raised the issue with the ard comhairle due to the cost of living in the capital.

Mr O’Connell said a review would be under way in the “near future”.

The party’s existing policy states that a representative of Sinn Féin can only claim the national average industrial wage.

A TD’s pay is currently €87,258, compared to €92,672 prior to the implementation of the Haddington Road Agreement last year.

Sinn Féin TDs say they take home the “average industrial wage” of €35,000, with the rest of the money used to employ staff or open constituency offices.

The party is also to consider implementing social media guidelines for members.

Sinn Féin yesterday gathered for the opening of the party’s annual ardfheis in Dublin’s Convention Centre, with 2,500 delegates expected.

Speaking as the national conference began, leader Gerry Adams said this was a historic event for the party.

Sinn Féin secured 23 seats in the general election and Mr Adams said this was where the party had privately expected to be.

He said the loss of a seat in Donegal and the failure of Dublin West candidate Paul Donnelly to secure a seat were the most disappointing results.

“It turned out for us where we privately thought it would. We had ourselves set on 24, 25 or 26 seats,” Mr Adams said.

“We are well satisfied, given the tsunami of negativity which was poured over us in the election.”

The Louth TD said the election had changed everything and the two major parties no longer dominated.

He called for Fianna Fáil and Fine Gael to set a deadline on the discussions or go to the electorate.

He said the two parties had been given space to form a government and must now move to resolve the issue. “I think there is not much patience left.”

Mr Adams said he and Northern Ireland Deputy First Minister Martin McGuinness had years of negotiations behind them.

“You go into a room and you stay in the room and you crunch this and you do it in a short period, not over eight weeks,” he said.

Mr Adams was asked if Sinn Féin would have considered a partnership government with Fine Gael if Enda Kenny had offered one.

“Fine Gael and Fianna Fáil ruled us out, so that question does not arise.”