Sinn Féin TD apologises after being arrested for abusing Garda 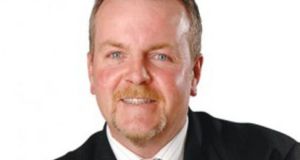 Sinn Féin TD for Cork East Pat Buckley has apologised for his behaviour.

Sinn Féin TD for Cork East Pat Buckley has apologised for his behaviour after it emerged he was arrested for abusing a Garda.

In a statement today, he said:

“This was a family event, a celebratory affair involving a few drinks in my own home. Unfortunately, with alcohol on board, my attitude towards the gardaí, when they arrived at my home, was not what it should have been.

“I apologise profusely for any offence caused and I accept totally the punishment handed down to me in court yesterday.”

It is understood Mr Buckley was celebrating the graduation of one his children from school. Gardaí were called to the home and Mr Buckley told the Garda to f*** off and called him an arsehole.

The case was adjourned for six months until November 8th next to pass sentence.

Mr Buckley is a first time TD and was elected in 2016 in the Cork East constituency.

In 2014, he was disqualified for three years after being convicted of being over the permitted alcohol limit while driving.

Speaking on Friday, the party’s spokeswoman on health Louise O’Reilly declined to comment on any consequences Mr Buckley could face within the party.

Ms O’Reilly said Mr Buckley had apologised for his actions and she had no further comment to make.