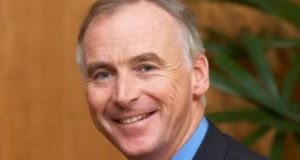 John Fitzpatrick of Fitzpatrick Hotels: donated $5,000 to Sinn Féin’s US division during the six-month period.

Friends of Sinn Féin, the political party’s US fundraising arm, raised $359,023 (€263,000) in donations and other income from American benefactors in the six months to the end of April 2014.

New filings submitted to the US Department of Justice show the New York-based organisation brought in receipts totalling $418,000 in the year to April 30th, bringing to well over $10 million (€7.2 million) the funds raised by the organisation since it was established in 1995.

The latest six-month fundraising windfall is the highest amount raised by the party’s US division in a six-month period since 2012.

Many of the donors work in building and related industries pointing to the strong Irish-American contingent working in this sector in the US.

There were two donations of $10,000 each from Eurotech Construction Corp and Great Lakes Region Organising Committee, a labour union based in Chicago, Illinois.

Among the other donors was Safway Atlantic, the New Jersey scaffolding company where former Anglo Irish Bank chief executive David Drumm works as a consultant. The company donated $5,000.

The Fitzpatrick Manhattan Hotel, which is owned by Dublin-born hotelier John Fitzpatrick, the chairman of the American Ireland Fund philanthropic organisation, donated another $5,000 to the party’s US division during the six-month period.

The hotel is located near the offices of Friends of Sinn Féin, which is also on Lexington Avenue in Manhattan.

Among the others to have donated $5,000 were Park Avenue Building & Roofing Supplies in Brooklyn, New York; Icon Interiors in New York and McGuigan Tombs & Company in Manasquan, New Jersey.

Included in the filing are donations for as little as $10 sent by direct mail from across the United States, from as far south as Texas to Florida in the southeastern US to California on the west coast to Washington state in the Pacific northwest.

The organisation says that the receipts include “check donations, early payment discounts and miscellaneous revenue”.

The money raised was deposited in four bank accounts in New York, the party’s US division said in the filing.

The department of justice filing is signed off by Friends of Sinn Féin president James Cullen and secretary Gerard Keogh.