Longford-Westmeath TD James Bannon said it was just a misunderstanding 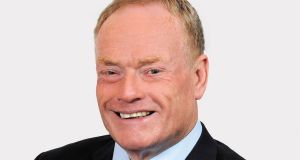 Sinn Féin have claimed that canvassers for Longford-Westmeath Fine Gael TD James Bannon removed some of its election literature from doorsteps.

Canvass teams from both parties were canvassing in Ballymahon, Co Longford on Monday.

Sinn Féin candidates is Paul Hogan posted a message on his Facebook page on Monday evening alleging a member of Mr Bannon’s team had removed Sinn Féin election literature and also claiming the person had “run away” when confronted.

Sinn Féin alleged it was the victim of a “dirty tricks operation”.

Gardaí were called but no arrests or cautions were made.

Mr Bannon later said it was a misunderstanding involving one of his election team.

A photograph was circulated showing Mr Bannon sitting inside a Garda car. He said he sat inside merely to clarify the situation on behalf of the member of his team.

“I was not in the immediate vicinity but I understand a member of my canvass team was reading a leaflet and immediately replaced it.

“It was a simple misunderstanding. When a Garda car arrived after a period of time, I sat in voluntarily to clarify the situation,” he said.