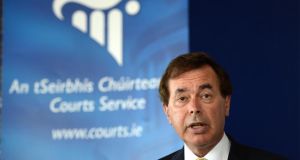 A senior barrister has been appointed to examine how gardaí investigated the unexplained death of Roscommon priest Fr Niall Molloy.

Minister for Justice Alan Shatter tonight announced that Dominic McGinn SC is to carry out the review of the Garda approach to the death of Fr Molloy.

Mr McGinn will “conduct an independent examination of the report of the Garda Serious Crime Review Team relating to the death”.

Fr Molly died in unexplained circumstances in July 1985 in Kilcoursey House in Clara, Co Offaly, the home of his friends Richard and Therese Flynn.

Mr Shatter previously said a senior counsel would carry out an independent review of how the Garda Serious Crime Review Team re-examined the Fr Molloy case earlier this year.

As a result of that re-examination, the Director of Public Prosecutions confirmed in August that no new charges would follow.

Campaigners concerned with the circumstances of Fr Molloy’s death do not believe justice has been done.