Comment: ‘At the track, in business and politics - when the chips were down he stood and watched’ 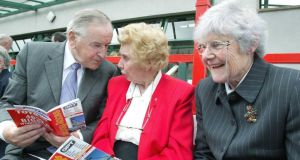 Former taoiseach Albert Reynolds picks up a few tips from Margaret Murphy and Mary Tuite, both of Ardcath, Co Meath, at the opening day of the 2005 Galway Races. Photograph: Joe O’Shaughnessy.

At first, I thought this was just harmless bravado on Albert’s part. But I soon learned he would hazard all, even being Taoiseach, on what might amount to a mere hunch.

I jotted in a diary: “Albert is a born gambler - at the track, in business and politics...When the chips are finally down, and there’s nothing more that can be done, he just stands and watches - fascinated, fatalistic, almost stoic. Les jeux sont faits. Rien ne va plus!”

Typical was his insistence on appointing Harry Whelehan president of the High Court despite warnings by Labour ministers that they would not come into cabinet if he did so.

He said to me: “You know, I’m not sure they will come in, but we’ll go ahead with the appointment with or without them”.

I wrote: “I could not believe this was happening, first of all that Labour were upping the ante yet again, and, then, that the Taoiseach was not just calling their bluff but betting all he had that they would ultimately fold.” 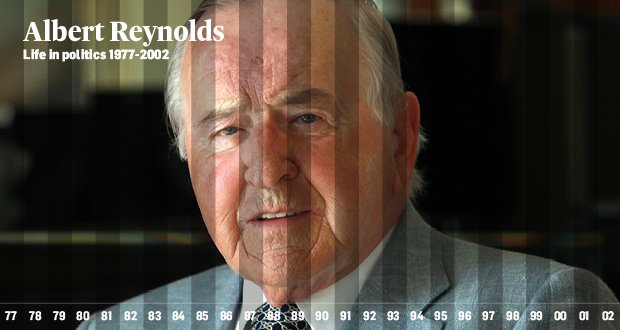 In the event, it proved one risk too many and cost Albert his job.

However, his greatest gamble paid off magnificently not just in terms of his central role in bringing about an end to the Northern Troubles but the resultant significant progression of society on both sides of the border.

At this remove, it is hard to recall the depth of mainstream political and media loathing of any form of contact with militant republicanism at the time. John Hume was being execrated by the establishment, north and south, for daring to make contact with Gerry Adams.

So when Albert almost casually told me was going to go down the same road, I automatically responded that this could quite possibly destroy him. He told me more than 20 years of trying other means had only resulted in dismal failure. IRA/Sinn Féin would have to be roped in through showing them the benefits of ending the “armed struggle” and going the constitutional road.

Subsequently , the negotiation of the historic Downing Street Declaration with John Major was widely hailed as Albert’s crowning achievement, but he himself never regarded it as more than an essential stepping stone to the ultimate objective, a permanent end to the northern conflict, or as he himself repeatedly put it “the peace from which all other benefits will flow”.

He was convinced that once the killing ended, the politicians would finally start to make progress. “We could be talking for another 25 years, reach no agreement, and still be no nearer to an end to the violence. So, my instinct is peace first - then we can all sit around discussing the new Ireland - but with nobody being killed while we’re at it”.

This reasoning, the inspiration for the inclusive Reynolds/Major/Hume formula which eventually brought about the peace, was the indispensable prerequisite for the process which resulted in the Good Friday Agreement four years later.

Soon after becoming Taoiseach, he said to me: “The main thing to remember about being in this job is that you’re here to make decisions, and that involves taking risks...You cannot get all the decisions right but you’ll have no hope at all if you try to play it safe and duck taking them ...You’ve got to be prepared to take responsibility and also, if you get it wrong, to take the consequences”.

That is how he played the various hands he was dealt right up to the end.