Séamus Morris is latest councillor to resign from Sinn Féin 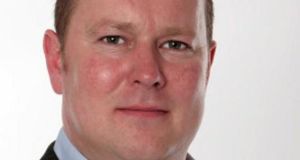 Séamus Morris: “Having been subjected to a litany of bullying behaviour by some party members seeking to stymie honesty and transparency, I cannot continue to support or be a member of the Sinn Féin party,” he said.

Tipperary councillor Séamus Morris has officially resigned from Sinn Féin over a long-running dispute which has drawn the spotlight on alleged incidents of bullying in the party.

The Nenagh councillor, who was first elected in 2004, became entwined in a bitter dispute with other party members in Co Tipperary over election expenses.

He has previously spoken about the effect of the allegations on his mental health.

“These unaddressed allegations have had a desperate impact on my family and myself over the last number of months,” he said in a statement.

Mr Morris is one of more than ten councillors who have resigned, or been expelled, from the party in the past year amid claims of bullying, whispering campaigns, or their complaints not adequately being dealt with.

In September, one of the party’s youngest representatives in the State, Co Limerick councillor Lisa Marie Sheehy, left after she said the party did not take her complaints of bullying seriously.

There have also been resignations or expulsions in counties Cavan, Westmeath, Kilkenny, Kildare and Wicklow.

The most damaging row occurred in Cork East, with sitting TD Sandra McLellan being subject to treatment which supporters claimed was bullying.

She decided not to stand again for election as a result of what had occurred.

For its part, Sinn Féin has strongly denied any suggestion of an atmosphere of bullying.

It has said that when disputes have arisen, the party has gone to considerable lengths to try to resolve them.

It has made interventions to try resolve the dispute in Tipperary, as well as those in Cork East and Westmeath.

In his statement, Mr Morris, who was twice elected as Mayor of Nenagh, said that due process had not been followed.

“It is with regret that I say that I have no faith in the Sinn Féin process of investigation.

“Having been subjected to a litany of bullying behaviour by some party members seeking to stymie honesty and transparency, I cannot continue to support or be a member of the Sinn Féin party,” he said.

In a statement, Sinn Féin said Mr Morris’s resignation came as “no surprise to the party” at this time.

“Contrary to Councillor Morris’s public comments, there was an exhaustive review process put in place at his request. The party found no evidence of a smear campaign against Councillor Morris.”

It claimed that as part of the process complaints were made against Mr Morris and Sinn Féin “had been looking into these complaints” when he decided to resign.