Séamus Mallon: Adams legitimised killing of members of other community

Séamus Mallon, pictured in 1998 sitting behind Gerry Adams at an address in Belfast by Bill Clinton, has little affection for the Sinn Féin leader: “I just can’t be in the same room with him. There’s just something about him that I recoil from. He has his hand in too many awful events, too many.” Photograph: AP

Séamus Mallon today lives quietly in Markethill in Co Armagh perched just above the remnants of a wall that, centuries ago, was a bulwark against all harm for the English and Scottish planters who settled there.

Now 82, the former deputy first minister and SDLP stalwart believes Gerry Adams’s legacy is a hardening of the tribal divisions in Northern Ireland.

His condemnation is forthright: Adams legitimised the killing of members of the other community, while at the same time saying he wanted to work with that community.

Adams’s actions led to the Balkanisation of politics in Northern Ireland, and the normalising of lies in political discourse; building electoral primacy with the aid of a black economy of fuel laundering and illegal vodka distilling.

Mallon is the elder statesman of the shrunken centreground of Northern nationalist politics, an ordinary man who became a primary school teacher but was propelled to fight institutionalised discrimination.

Having joined the civil rights movement, he spent decades arguing for better politics, never firing a shot (nor encouraging anyone else to) before finally becoming the first deputy first minister under the Belfast Agreement.

There are some 1,600 people in Markethill, the great majority of them from a unionist, loyalist or Protestant background, depending on the sectarian terminology one selects.

They are more than merely his neighbours. They are his fellow Irishmen and women, says Mallon, who was characteristically slow-spoken, measured and firm in his views as he considered Adams’ standing down as Sinn Féin leader.

Though he recognises the Sinn Féin leader’s political achievements, he has little affection for him: “I just can’t be in the same room with him. I don’t want to be. I’ve spent my life getting on with people and liking people that I didn’t agree with. There’s just something about him that I recoil from. He has his hand in too many awful events, too many.”

Asked how he thinks Adams will be remembered, he says: “Revered in the way that violent republicans are [and] virulently disliked among unionists. People like myself, and I suppose what you could call middle nationalism, [have] little respect for him.”

Though he acknowledges that Adams and his close associates in the Sinn Féin/IRA organisation brokered change within it – “he organised that change is a very efficient way” – Mallon dwells on what went before.

“Why had they spent so many years causing such heartbreak and hatred ?” he asks. “Every action that they took was increasingly sectarian. In both communities, they moved into the tribal situation, if only for protection.” 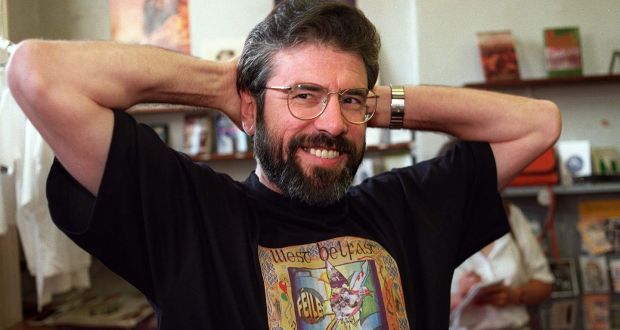 They did not win. And the IRA were the biggest failures of the past 40 years and in the process, demeaned the term republican and all that it stood for

Recent relations between Sinn Féin the DUP have been about grabbing power, not sharing it: “It is a form of Balkanisation: two political silos, not interested outside of their own party positions.”

Sinn Féin and the IRA’s cleaving to violent republicanism during most of his political life was based on “this awful conviction that they could win and would win”, he says.

“They did not win. And the IRA were the biggest failures of the past 40 years and in the process, demeaned the term republican and all that it stood for,” he told The Irish Times.

True republicanism is about finding ways to “live together, in peace and harmony, with respect for each other and a respect for the country in which we live”, he said.

Such an agreement could take many forms, but its essence is that it is recognised that “unionists, most of whom have lived here for about 400 years, are also Irish; that this also is their homeland”.

I think a political party has to be an awful lot more. If you tell lies, it is very difficult to respect people who tell lies

Sinn Féin was not the voice of partnership, but partisanship, he said. “And that partisanship extends right through their political party and their political being, in the sense that you either win or you lose, you are either Catholic or you are Protestant. You are either. . . it’s a zero-sum equation of political life in a lot of countries and they seem to be wedded to this.”

The Belfast Agreement could not impose generosity, he accepts, but healthy politics can “protect the community, hopefully, against hypocrisy and lies, and Mr Adams is very good at both”.

Questioned for examples, he has many: “The IRA didn’t kill Paul Quinn in south Armagh; [Adams] was never a member of the IRA; [Sinn Féin] initiated the civil rights movement – that’s their latest lie and they could continue for quite some time in that vein.

“I think a political party has to be an awful lot more. If you tell lies, it is very difficult to respect people who tell lies. If you develop and harness a black economy in the way they have done, in this county especially, how can you respect them?”

Looking back at the achievements of the civil rights movement and later the SDLP, he lists them as one man,one vote; equal treatment in the provision of public housing; fair employment legislation; the Anglo-Irish Agreement, reform of the police, judiciary and the courts system; the harnessing of US political opinion on the side of change; and, ultimately, the Belfast Agreement itself.

“What was achieved through the gun?” he asks. What was gained by Sinn Féin remaining initially outside the Belfast Agreement negotiation process?

“The release of prisoners, amnesties for some on the run . . . I’m trying to think of something else.”

The post-Adams world will not be one of steady political growth for Sinn Féin, he predicts.

“I don’t think in the foreseeable future that Sinn Féin will be seen as a normal political party,” he says.

“There are ghosts about, the unquiet ghosts, of Tom Oliver, Brian Stack, Jean McConville, and God knows one could go on forever, those ghosts – they’ll be clouded in those for the foreseeable future.”

And what of Michelle O’Neill in the North and Mary Lou McDonald in the South?

“The lady up here will do what she’s told. She will say what has been written for her. That’s her role; nothing more to her role than that,” he says of O’Neill.

If Sinn Féin won power in the Republic, he believes the party would “take a number of years stroking everybody, pleasing everybody and maybe after 10 years, they would forget about that but it would all depend what’s happening here [in Northern Ireland] . . .”

Either way, he does not believe Gerry Adams will be absent from the scene.

“He will not be able to survive without the adulation, the massaging of his ego.”

Netanyahu’s master plan for Israel and Palestine has failed

1 Mother tried to poison three children on day before she killed them, court told

3 Cyberattack: No verification that ‘real data’ has been released, says Donnelly