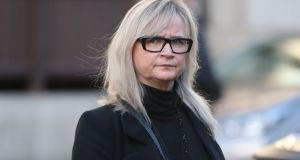 RTÉ is facing a drop in revenue of 25-35 per cent this year, according to a submission to the Oireachtas committee on Covid-19.

The submission was one of a number to be considered by the committee on Tuesday, in which a range of sectors urge the Government to provide continuing or increased financial support.

“Since the crisis began there has been a sharp reduction in advertising spend, particularly on television, and the outlook for the remainder of the year is very unclear.”

Licence fee sales have also fallen sharply. “Given that national evasion levels were already at almost 13 per cent, prior to the Covid emergency, this current situation has intensified an existing problem.”

Last November, before the Covid-19 pandemic, RTÉ said it was seeking to reduce its workforce by 200, and reduce projected costs by €60 million over three years.

Tony Hanway, chief executive of Virgin Media Ireland, said in a submission that in recent months government departments had “directly funded content production which has supported RTÉ without any open market competition taking place or any consultation with Virgin Media Television”.

The Abbey Theatre told the committee that Covid-19 had “unleashed a full-blown crisis and the Irish theatre sector is desperately struggling in the midst of this”.

“We now forecast a 30 per cent reduction in our total income for 2020 and while Government income is maintained, our earned income will fall by 67 per cent.”

A group representing the live entertainment sector said that as a result of Covid 19, it was now “on its knees”.

The Irish Event Industry said the current situation was “absolutely devastating” and the sector was facing “a prolonged hibernation period”.

The National Campaign for the Arts called for the Pandemic Unemployment Payment for freelance artists and arts workers be extended until arts and cultural events resume to normal levels.

Aoife, an organisation that represents not-for-profit organisers of festivals and other events, said up to 35 per cent may never resume because of the Covid-19 crisis.

Unless measures such as the Covid and wage support schemes are maintained until the sector is back on its feet, there will, by next year, be “no performers, musicians, artistes, theatre companies, sound crews, production companies”, and supplier companies around to support larger events.

A submission on behalf of the small and medium-sized business sector said SMEs were “dying” and need a bailout of €15 billion.

The submission was made by John Moran, the former secretary general of the Department of Finance who is now chairman of SME Recovery Ireland.

“We cannot wait and hang around. Perfection is the enemy of survival. Firms are dying already,” he said.

The Irish Hotels’ Federation said 180,000 of the jobs supported by the sector were at risk and called on the Government to continue the wage subsidy scheme and extend it to seasonal employees.

It proposed that the Government’s wage subsidy scheme remain in place until the social distancing restrictions are lifted and the scheme be amended to cover seasonal workers who were not on the books in February.

The Restaurants Association of Ireland said that failing to adequately support the sector would result in greater costs to the economy. If 100,000 workers were to remain unemployed for a year, it would cost the exchequer €2 billion in social protection payments alone.