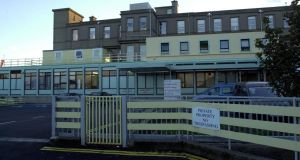 National Rehabilitation Hospital: Has rejected claims made in the Dáil as ’inaccurate’ and ’most unfair’

The National Rehabilitation Hospital (NRH) has rejected as “inaccurate” and “most unfair” claims that the Dún Laoghaire facility operates a “cosy little cartel” and refuses to treat patients using prosthetic limbs if they are not supplied through the hospital.

The hospital said it “will be seeking to have the comments raised in the Dáil on Thursday 14th December addressed and corrected as they are unsupported by facts and substance”.

The allegation was made by Sinn Féin TD Martin Kenny who highlighted the case of a constituent who “got a prosthetic limb from a company in Co Galway, but when that person needed rehabilitation services they were refused that service in the National Rehabilitation Hospital”.

He also alleged “there’s a nod and a wink going on here” and that the cost of limbs in the Dún Laoghaire hospital was up to 25 per cent more than elsewhere”.

The Sligo-Leitrim TD described it as a “totally outrageous situation because Government funding [is being used]where there is a cosy little arrangement”.

The NRH has a service agreement with the HSE and prosthetic manufacturer Ability Matters, which was contracted following an international tender.

Under that agreement and because of regulatory, transparency and traceability requirements it cannot be responsible for limbs from other manufacturers, the NRH said.

The hospital said it is the only consultant-led prosthetic rehabilitation service in Ireland and that once it receives a referral from a consultant or GP a person is automatically assessed even if they have been provided with a limb by another manufacturer.

The NRH said prosthetic limbs are medical devices regulated by the Health Products Regulatory Authority. The provision of prosthetics in Ireland is currently unregulated.

In a statement it said: “If the NRH were to adjust, repair or modify a prosthesis supplied by a company other than our strategic partner, then the NRH and HSE would have the responsibility and liability for that prosthesis without having full traceability for the medical device, or any say in its original design or function which made it fit for purpose, or not.

“The hospital and HSE cannot assume liability on behalf of the State for adjusting such a custom made medical device.”

It added there is no financial benefit to the NRH on the basis of the strategic partnership.

The spokeswoman added that the NRH also provided a service in other parts of the State, ncluding Cork, Galway, Waterford and Donegal.

However, Mr Martin said there were other manufacturers and equally qualified prosthetists who were also under the scrutiny of the regulatory authority.

“There’s an opportunity for everyone including the National Rehabilitation Hospital to sort this out.

“No matter what they say the reality is that there are patients out there who are being refused a service, and that is not right.”

The NRH spokeswoman said a working group had been established to look at regulating prosthetic services on a national level.

Minister of State Catherine Byrne, who dealt with the issue in the Dáil last week, said she would discuss the matter with Minister for Health Simon Harris.