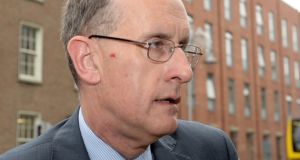 Dublin City Council faces losses of €15 million as a result of a loophole which exempts homes built since 2013 from the tax.

The rate of property tax paid by homeowners is based on the value of the property in May 2013. Houses and apartments bought from a builder since 2013 are exempt from property tax. The exemption was due to last until October 2016.

However, in 2015 the then minister for finance Michael Noonan announced the valuation thresholds for LPT would be frozen until October 2019, meaning households paying the tax will not see an increase in their bill until then.

This extension was also applied to the exemption on homes sold by builders after the 2013 valuation date, giving new-home owners an extra three LPT-free years.

In a report to councillors on the city’s budget for 2018 Mr Keegan said the exemption “requires prompt attention to remove the inequity among householders and address the loss of funds”.

Mr Keegan also described the treatment of the city council by the Department of Housing in relation to the allocation and retention of the tax as “disappointing”.

The Revenue Commissioners estimates that Dublin city householders will owe just under €80 million in property tax next year. The council gets to keep 80 per cent of the LPT fund with 20 per cent of the money shared out among poorer, largely rural local authorities through the “central equalisation fund”.

The city council gives a 15 per cent discount to householders on the Revenue’s headline rate. However, the discount is applied only to the city council’s portion of the receipts, and not to the 20 per cent doled out to the rural councils.

From 2015 to 2018 almost €64 million paid by Dublin city householders has been “ring-fenced to fund local services outside Dublin city,” Mr Keegan said.

“The LPT has been heralded as the commencement of a stable source of funding for local government. Through the manner in which it has been applied it provides marginal additional funding, unrelated and well below the cost of services demanded.”

Councillors will tonight be asked to approve a total budget of €917 million for running the city’s services next year, its largest budget since 2009 and €54 million higher than in 2017.

However, most of the budget increases next year will be absorbed by the homelessness crisis. More than €142 million is to be spent providing homeless services in 2018. In 2017 the council budgeted just over €119 million for this cost but this has been revised upwards to €134 million.

Left-wing councillors are to seek a deferment of the budget meeting until “sufficient resources to build public housing on publicly-owned are obtained”. The councillors want the Government to fund the construction of 12,000 additional homes.