Pressure mounts for action against gardaí in breath-test scandal 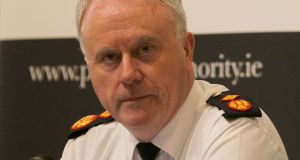 The Policing Authority released its independent review of the falsification of breath tests on Wednesday and advised that the scale of the discrepancy is larger than previously thought.

While it admitted it is unable to quantify an accurate figure, the report suggests it is at least 400,000 higher than the 1.45 million already known.

The problems within the Garda were described by the Policing Authority as endemic, dishonest, unethical and a glimpse of what occurs when nobody is watching. It said the issue also demonstrates an organisational failure, which allowed these problems to fester due a lack of supervision and clear lines of accountability.

The watchdog said it can offer no assurance that similar mistakes do not stretch to other areas of operational policing or that such issues will not arise again.

Authority chairwoman Josephine Feehily “encouraged” Mr Ó Cualáin to set out what action he plans to take against individual Garda members over the falsification of figures.

Specifically, she said particular focus should be placed on chief superintendents in 14 Garda divisions who declined to investigate the inflated figures in their areas despite a request from Garda management.

Ms Feehily said she wanted Mr Ó Cualáin to “reflect” on that fact and come before the authority later this month to outline his proposed plan of action.

While accepting widespread disciplinary action is unlikely and unworkable, Ms Feehily stressed action should be taken where there is prima-facie evidence of wrongdoing.

Minister for Justice Charlie Flanagan told The Irish Times he agreed that any evidence of malpractice should be pursued by the Acting Commissioner. He said this is being assessed by Assistant Commissioner Michael Finn and insisted action will follow if there is evidence.

The report found the falsification of data was caused by gardaí estimating or rounding up the number of tests it conducted at a checkpoint. In some cases, checkpoints were recorded as authorised and conducted but later found not to have taken place at all.

While there was no explicit direction issued from Garda management, there was an implicit pressure placed on individual members to ensure its division was not “bottom of the league” in terms of the number of checkpoints.

The Garda watchdog said the exaggeration of figures was about “feeding the beast”, not about the detection of drink driving.

The Acting Garda Commissioner said on Wednesday evening that the new report had found “unacceptable failures in our systems, processes, internal oversight, supervision, governance, management and culture” in the force.

The “failures” were both “collective” and “appalling” and the Garda was already working hard to change its systems and its culture in order that the matters would not reoccur, he said.

Mr Ó Cualáin added he would appear before the Policing Authority later this month as requested. But he revealed the incidents involving alleged fabricated checkpoints had already been referred to officers of assistant commissioner rank in the regions for “further examination”.

Of the near 15,000 convictions of people summoned to court when, or in a manner, that they should not have been, Mr Ó Cualáin said 11,924 had been written to with a view to appealing their wrongful convictions for motoring crimes.

In July, some 67 test cases were brought before the Dublin Circuit Court and all were successfully appealed. A further 3,800 are scheduled for the Circuit Court for next month.