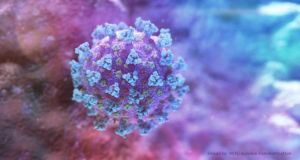 One senator said he had walked out of a packed gastropub close to Leinster House on Thursday night. Another referred to a shopping centre packed with people.

The Taoiseach and Minister for Health have failed to provide proof that the hospitality sector is a major contributor to the Covid-19 pandemic, a Government Senator has claimed.

Fianna Fáil Senator Pat Casey said he was “totally frustrated and annoyed” that the hospitality sector was being “victimised” and blamed for the pandemic.

In sharp criticism of his party leader Micheál Martin and of Stephen Donnelly, the Glendalough, Co Wicklow hotelier said “proof has not been given by the leader of my party, the Taoiseach” that the hospitality industry is to blame.

“I have asked him for proof. I have also asked the Minister for Health. Where is the evidence that shows the hospitality sector is the cause of this pandemic? It does not exist.”

He insisted that “we are no different from any other sector but we are being victimised”.

The Taoiseach has said it was likely that pubs and restaurants would have to close before new year because of Nphet (National Public Health Emergency Team) concerns about the increase in Covid-19 cases.

But Mr Casey said it was “the last straw”. In an impassioned speech in the Seanad on Friday he said “this yo-yo effect is driving us insane and crazy”.

He said they were opening their doors up on Friday for the first time in months but “even before we opened up to allow travel outside our county we were told we will have to close and we might not even get New Year’s Eve out of it”.

Mr Casey pointed to remarks by Independent Senator Gerard Craughwell who said he had walked out of a packed gastropub close to Leinster House on Thursday night.

“He did the right thing. He walked out. That is taking personal responsibility.” But Mr Casey said “I was in a shopping centre the other day and while the shop staff were behaving correctly, the open space in that centre was packed with people so I left.

“It is about taking personal responsibility but my frustration is that we, as a sector, have not been given that opportunity.

“The hospitality sector, whether it is a wet pub, a dry pub or a hotel, cannot be blamed for this pandemic or the exponential factor that has caused the increase in the number of cases but our businesses are going down the Swanee every additional day this action is being taken.

“Our survival is in question.”

Fianna Fáil Senator Ollie Crowe called for the Government and Nphet to look at a more regional format of public health restrictions. The Co Galway publican said the incidence of the virus was low in Galway compared to the border counties where there were major challenges.

He also said the Government needed to send a “clear message” to the sector by Monday or Tuesday at the latest.

Mr Crowe said he had spoken to one man in Galway who employs 300 people in the sector. In his four or five outlets he would have stock worth a six-figure sum. Those in the food sector order stock 10 days in advance so they needed “notice and certainty”.

Seanad Leader Regina Doherty said she would send a clear message to the Taoiseach’s office that “hanging around and waiting until next week is not acceptable”.

She added: “This delay might be to allow more informed decisions to be made but there was a gentleman on the radio this morning who said that he had a six-figure sum worth of stock coming in.

“Another gentleman said he had €30,000 worth of food coming in this weekend. The absolute least that can be done is to give certainty as to what is going to happen for the next week or two.”