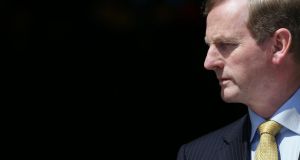 The Taoiseach, Enda Kenny, likes to use business metaphors but our Dáil operates on principles that no business could afford. Photograph: PA

Taoiseach Enda Kenny is fond of using business metaphors. “Ireland is open for business.” It is “the best small country in the world to do business in”.

That declared focus might raise hopes that the Coalition would seek to have parliament adopt some of the efficiencies of business. We have a Dáil that operates on principles that no modern business could tolerate. Its productivity is poor. Its working disciplines are lax. It purports to do a 21st century job while sheltering behind 19th century privileges.

If the Coalition were in earnest about reform of parliament, here are 10 things that they could do to make the Oireachtas more effective, more accountable and better respected by the people it serves.

1 They should put up a proposal to modify Article 16.5 of the Constitution which, through the Electoral Acts, prescribes our current system of proportional representation. It was devised almost 90 years ago to address the democratic sensitivities of a new State emerging from civil war. Nowadays, it makes messenger boys and fixers of TDs. It is a breeding box for the worst kinds of clientilism.

2 They should put to the people an alternative model of PR that does not pit members of the same party against each other at election time. They are obliged to pledge themselves to deliver more favours to sectional interests. There are list systems that do not subject candidates to the tyranny of tiny pressure groups while preserving the principle of proportionality.

3 In a system that does not require candidates of the same party to outpoll each other, it logically follows that fewer legislators would be required. Thus the numbers of TDs in ratio to population could be reduced by amending Article 16.2 of the Constitution. A Dáil of, say, 120 members would arguably function more efficiently and effectively than a House of 166 members. Reducing the Dáil by 46 members would save more in salaries than abolishing the Seanad.

4 The parliamentary working year should mirror the real world of work. Last year the Dáil sat for 123 days. In 2012 it sat for just 99 days. Even the House of Commons, no great model of industry, sat for 150 days. A private sector employee working a five-day week, allowing for public holidays and for four weeks leave, would work 226 days in the year. Because the House’s sitting days are so few there is a constant pressure on debating time. The majority of Bills are guillotined. In effect, most legislation is rubber-stamped and goes through on the nod.

5 They should abandon the myriad system of members’ allowances which at best generates cynicism and is, at worst, open to abuse. There should be a fixed rate for the job, with inbuilt provision for mileage, accommodation, telephones, office supports, research etc. There is a long and questionable tradition in the Irish public service of viewing allowances and expenses as untaxed income. The Oireachtas should take a lead by consigning it to history. Arguments that deputies living in Dublin would be advantaged over their rural counterparts are marginal but could be addressed.

6 Remuneration should be related to registering a minimum number of attendances during the parliamentary term. Due allowance should be made for certified illness, family bereavements and necessary public commitments elsewhere. The same rules for attendance at work should apply for TDs as for other public servants. If a deputy’s pay depended on Dáil attendance, it might be surprising to find how many funerals could take place and how many supermarkets might be opened without their presence.

7 Like any business, the Government should put the State’s financial plan before their stakeholders for consideration every year. The budget should be published in full and in advance, allowing adequate time for public discussion and analysis. The farce of supposedly dramatic revelations on a Wednesday afternoon is simply an aping of a Westminster tradition in which the chancellor of the exchequer flourishes a brief case for the cameras. It is an anachronism that places unnecessary stresses on businesses.

8 It should be mandatory for each member of a numerically reduced Dáil to participate (without additional financial inducement) in the workings of at least one Oireachtas committee. There is a large cohort of “Wednesday Wonders” who clock in for two days a week, and who rarely contribute to debate.

9 All meetings of the cabinet and cabinet subcommittees should be electronically recorded. If it can be done in the Oval Office at the White House it can be done in the Sycamore Room on Merrion Street. Arrangements could be made to have data stored under some form of judicial supervision. As matters stand we will probably never discover what happened in September 2008 when a cabal of ministers took the decision to pledge the people’s resources to support the banking system.

10 They should abolish the arcane privilege, enshrined in Article 15.13, of members’ immunity from arrest when going to or returning from either House of the Oireachtas. There has never been an instance in the history of the State in which the gardaí have sought to detain an elected representative in order to prevent them exercising their duty. The only known cases in which immunity was claimed appear to have related to drink-driving.

(For completeness, it should be acknowledged that RM Smyllie, later to be editor of The Irish Times, prevented Sligo TD, Alderman John Jinks from reaching the Dáil. By plying him with alcohol, he reputedly prevented him from attending the House for a crucial vote that could have brought down the Government of WT Cosgrave in 1927.)

None of the foregoing measures should be beyond the capacity of a Government with a strong Dáil majority. But this sort of programme would trench in upon traditional and long-established privileges and comforts. So sauce for the business goose is not going to be sauce for the parliamentary gander.

Conor Brady is a former editor of The Irish Times