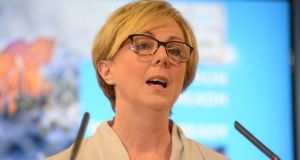 A Bill to prevent employers deducting or withholding tips from employees has been passed by the Seanad despite Government opposition.

Senators voted by 25 to 14 on an amendment to the Sinn Féin National Minimum Wage (Protection of Employee Tips) Bill and then passed the Bill without a vote.

Sinn Féin Senator Paul Gavan, who introduced the legislation, rejected as “completely wrong” claims by Minister for Employment Affairs Regina Doherty that the legislation would result in tips being taxed under the PAYE system and would have knock-on negative effects on workers’ entitlements to social welfare supports.

“This issue is real. Tips theft is widespread and the public are behind this Bill. People across this island believe tips should go to workers, and workers alone. It is a disgrace that this is not already the case, and we must right this wrong,” Mr Gavan said.

He called on the Government to push the Bill through the Dáil quickly “so that customers are given the transparency they demand, and that workers in low-pay and precarious work are given the protections they deserve”.

Independent Senator Michael McDowell sharply criticised Ms Doherty for putting a “money message” on the legislation, required for Bills that will have an impact on the exchequer.

He said it was an “absolutely threadbare and totally unacceptable suggestion” that it involves appropriating the public revenue.

Mr McDowell said that “in a society transforming itself to a cashless society it is wholly wrong that that entirely positive development is used as a licence to plunder workers’ pockets”.

However, Ms Doherty insisted the legislation was “anything but simple and there are technicalities that would make it absolutely unworkable and unenforceable”.

She said Mr Gavan’s legislation failed to distinguish between tips and service charges “and that is really, really important”.

The legislation would require employers to do exactly the same with tips that they do with service charges and they would go through the PAYE system, she said.

Income would be perceived as higher even though their take-home pay would be less but it would also impact on their entitlements to social welfare supports, including medical card applications and working family payments.

Ms Doherty said it would be much easier to amend the Payment of Wages Act for the same result, to protect workers’ tips, than to spend a lot of time to amend this legislation to get the same effect.

She said the amendment would “absolutely ensure that will be illegal to use tips to make up or satisfy any part of a person’s contractual hours or weekly or monthly wage”.

The amendment would also include a provision that employers would have to clearly display how their tips and service charges are distributed.

The amendment was being drafted and she would bring a memo to Cabinet shortly.

Ms Doherty said she asked the Low Pay Commission to review the issue and it had come back with a very detailed report. The conclusions were unanimous and very strong.

“And they warned me that the legislation would be unworkable both from an adjudication and enforcement perspective. And that point was made by the Workplace Relations commission,” which has the enforcement function, she said.

The Government could delay the Bill’s introduction in the Dáil because a money message has been attached to the Bill.