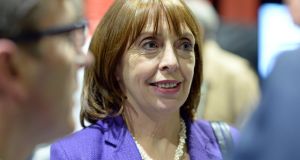 Róisín Shortall (61) started the Dáil term in 2011 as a Labour minister of state for health having secured an historic two seats for the party for the first time in the constituency. She ended the five years estranged from Labour, in opposition and as a founding member of a new political party, the Social Democrats. She had been appointed a minister of state with responsibility for primary care but clashed with her senior minister in health, James Reilly, and subsequently resigned from the position and from the parliamentary party in a row over the selection criteria for the siting of primary care centres, including one in his constituency. When her party membership lapsed she did not renew it and stayed on the Independent opposition benches, criticising her former government colleagues on a myriad of issues and controversies. A combative and effective politician, she is a good media performer. A TD since 1992 she is a former primary school and is married with three daughters.