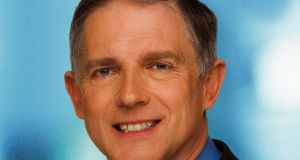 A TD since 1997 when he was elected on his first attempt, David Stanton (59) was surprisingly passed over for a minister of state position during the last Dáil. A senior and experienced member of the parliamentary party, his consolation prize was the role of chairman of the influential and effective Oireachtas justice committee. He has a keen interest in parliamentary reform and just last month criticised as a “big problem” the poor attendance of colleagues at Oireachtas meetings. He said it was “a privilege, not a right” to be a committee member and suggested TDs should only be allowed to join one committee and that no committee should have more than 15 members. Chair of the working group of Oireachtas committees, he also praised the introduction of pre-legislative scrutiny, which he said received almost no coverage. Based in Midleton, he is a former teacher and career guidance counsellor, and was an officer in the Defence Forces Reserve. He is married to Mary Lehane and they have four sons.